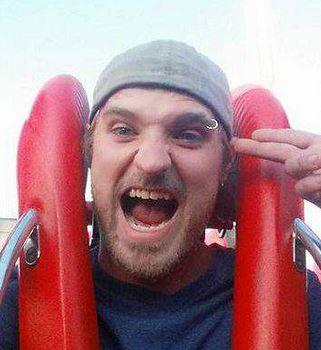 By now, you've probably heard at least pieces of a bizarre tale that's been dubbed "PizzaGate."  The story was fueled by conspiracy theorists on social media and fake news sites, and  involved false claims of a child sex ring that was supposedly operating in tunnels beneath a Washington, DC., restaurant called Comet Ping Pong. The pre-election conspiracy stories alleged that Hillary Clinton was behind the supposed sex ring.

On Sunday, another figure emerged in this strange drama  - one from much closer to home.  28-year old Edgar Maddison Welch of Salisbury was arrested in the nation's capital. Police said he walked into the Comet Ping Pong carrying several weapons, including an AR-15 assault-style rifle - and fired inside the restaurant. Welch reportedly told investigators he drove to Washington, DC, to see if child sex slaves were being held captive. If so, he wanted to rescue them.

So, who is Edgar Welch? Josh Bergeron of the Salisbury Post has been looking into that and spoke to WFAE's Mark Rumsey.

What Legal Recourse Do Victims Of Fake News Stories Have?

Fake news played a bigger role in this past presidential election than ever seen before. And sometimes it has had serious repercussions for real people and businesses.

That's what happened to a pizzeria in Washington, D.C., recently, when an armed man claiming to be "self-investigating" a fake news story entered the restaurant and fired off several rounds.

Alex Jones has a following. His radio show is carried on more than 160 stations, and he has more than 1.8 million subscribers on YouTube.

And he claims to have the ear of the next president of the United States.

Jones is also one of the nation's leading promoters of conspiracy theories — some of which take on lives of their own. He has been a chief propagator of untrue and wild claims about a satanic sex trafficking ring run by one of Hillary Clinton's top advisers out of a pizzeria in Washington, D.C.