On June 17, 2015,DylannRoof shot and killed nine black parishioners at a bible study at EmanuelAMEchurch in Charleston. Affectionately known as Mother Emanuel, the church has been a source of African-American pride and resilience since its founding nearly 200 years ago. It was the Southernmost church in the first black religious denomination in the U.S.

To find out more about the church’s importance in African-American history,WFAE’sDuncanMcFadyenspoke with College of Charleston History Professor Bernard Powers. He studies the African Methodist Episcopal church and is a co-author of the bookWe Are Charleston: Tragedy and Triumph at Mother Emanuel. 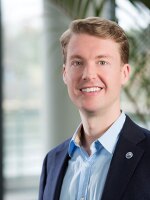 Duncan McFadyen
Duncan is a native North Carolinian, born and raised in Wilmington. A lifelong musician, he got his start in broadcasting as a volunteer classical music host at his hometown public radio station, WHQR. He went on to host “Morning Edition” there, and then at WCQS in Asheville.
See stories by Duncan McFadyen