Waters & Harvey Live Event May 26: Reparations and Its Connection to Racial Justice

In this timely 90-minute Waters & Harvey live show, Darin and Marcus will be joined by a distinguished panel of civic leaders to discuss the relationship between reparations for African Americans and racial justice. This show responds to the Asheville City Council’s passage of a reparations measure for African American residents, which included an apology for the city’s historic involvement in slavery. The panel will reflect on a number of urgent questions, a few of them being “What is racial justice? Can past racial injustices be repaired? If so, how might this repair be accomplished?”

“From the beginning the goal of The Waters and Harvey Show has been to provide a forum for the discussion of today’s most pressing issues, especially as they pertain to the experiences of traditionally marginalized voices,” said Dr. Darin Waters. “By engaging in this conversation on reparations we hope to stimulate greater understanding of the issue, and to generate potential ideas as to how the community moves forward to fulfill its commitment to remedy the persistent racial disparities that have plagued us for too long.”

Darin and Marcus are collecting community responses ahead of the event to these specific questions: What is racial justice? And what form of reparations will bring racial justice? If you'd like to share your responses to those questions, record a voice memo or write us at whshow@bpr.org.

Please RSVP in advance and we’ll email you before the event with a link to the live stream on BPR's YouTube channel. The event is free; donations to BPR are welcome.

Joining Darin and Marcus to co-moderate the roundtable is Maliah Graves, a second-year student at UNC Charlotte. Majoring in Business and Pre-Med, Maliah has a passion for advocacy and mentorship. Maliah is also a frequent guest-host of the Waters and Harvey Show.

Panelists of the May 26th event include:

Debra Campbell has served as the City Manager of Asheville, NC since December 2018.  In this role, she is responsible for advancing policies and priorities established by the Mayor and City Council by supporting the work of 16 City departments with over 1200 full-time employees.

Debra is a graduate of Middle Tennessee State University where she received a Masters in Public Administration in 1980 and a Bachelor of Science in Urban Planning in 1978.  Debra serves on the board of directors of the United Way of Asheville.

James Ferguson II is a founding partner of the firm Ferguson, Stein, Chambers, Gresham and Sumter, P.A. and has served as President of the firm since 1984. He currently heads the firm's catastrophic injury and wrongful death team, concentrating in medical malpractice, personal injury and products liability.

James has been recognized by the National Law Journal as one of the nation's top ten litigators and has been listed in every edition of The Best Lawyers in America in two categories: personal injury litigation and criminal defense.

James co-founded South Africa's first Trial Advocacy Program, offering the program to black and white lawyers, even during the apartheid era. He has taught trial advocacy in London, Cambridge and Stratford-on-Avon, England, as well as throughout the United States, including the first advanced trial advocacy program offered in the United States through the National Institute of Trial Advocacy.

In the civil arena, James has served as the Chair of the Charlotte Community Building Initiative and as a member of the North Carolina Commission on Alternatives to Incarceration. He served for more than 15 years as General Counsel and member of the National Executive Committee of the American Civil Liberties Union.

King Prather is retired Senior Vice President and General Counsel at Blue Cross Blue Shield of N.C. and a board member at Higher Ed Works. A graduate of the University of Virginia and the N.C. Central University School of Law, he’s served on the UNC Asheville Board of Trustees. He is currently a member of Gov. Roy Cooper’s DRIVE Task Force, working to increase minorities in teaching.

Retired Professor Emeritus of Political Science from UNC Asheville. His scholarly work specializes in American Politics, and African and African American Politics. Additionally, scholarly activities include panels chaired and papers presented at meetings of the National Conference of Black Political Scientists; overseeing undergraduates’ research projects covering the State of Black Asheville; and serving in local, state, national, and international capacities that aim to improve the delivery of public services to underserved populations. 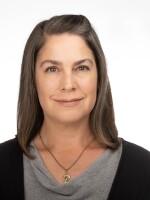