The Changing Role Of Debates In American Politics

North Carolina voters had the opportunity to watch two high-profile debates this week: the first presidential debate in Cleveland and the final U.S. Senate debate in Raleigh. President Donald Trump and former Vice President Joe Biden faced off Tuesday night in a contentious debate that left many voters feeling disappointed and disillusioned. Republican Sen. Thom Tillis and his Democratic challenger Cal Cunningham took the stage Thursday for the last of three scheduled debates.

With just over a month to go until Election Day, host Frank Stasio and political analyst Ken Rudin look at the history of presidential and vice presidential debates in American politics and how they have changed over time.

Rudin also shares his thoughts on how the U.S. Senate race is shaping up and about how the Senate confirmation hearings for Amy Coney Barrett in a couple weeks could impact the election in November. And he talks about how the news that President Trump tested positive for the coronavirus will change the next few weeks on the campaign trail.

Frank Stasio
Longtime NPR correspondent Frank Stasio was named permanent host of The State of Things in June 2006. A native of Buffalo, Frank has been in radio since the age of 19. He began his public radio career at WOI in Ames, Iowa, where he was a magazine show anchor and the station's News Director.
See stories by Frank Stasio 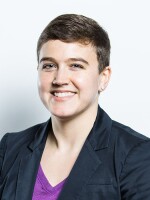 Amanda Magnus
Amanda Magnus grew up in Maryland and went to high school in Baltimore. She became interested in radio after an elective course in the NYU journalism department. She got her start at Sirius XM Satellite Radio, but she knew public radio was for her when she interned at WNYC. She later moved to Madison, where she worked at Wisconsin Public Radio for six years. In her time there, she helped create an afternoon drive news magazine show, called Central Time. She also produced several series, including one on Native American life in Wisconsin. She spends her free time running, hiking, and roller skating. She also loves scary movies.
See stories by Amanda Magnus
Ken Rudin
See stories by Ken Rudin