What's New, And What's Not, In The Latest Medicaid Expansion Bill 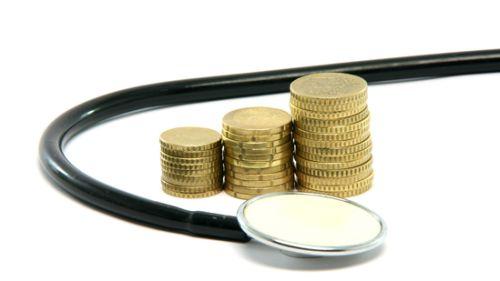 This story may sound familiar.

The plot: A lawmaker introduces a plan to expand Medicaid, the federal insurance program for the poor and disabled.

This has been done a number of times before. And each time has gone nowhere. But this time there's a twist.

Democrats have long called for the expansion of Medicaid to cover more poor North Carolinians or those who now earn just above the threshold for coverage.

Governor Roy Cooper tried to do this by executive action earlier this year. Powerful Republican leaders in the General Assembly sued to stop the effort.

Now, one of their own has sponsored a bill to do what so many others have failed to do. "This bill is an option to provide health insurance to low income residents of North Carolina under a new product offering called Carolina Cares." That's how Representative Donny Lambeth introduced his bill. And Lambeth is a heavy hitter in the Republican led General Assembly. He serves as chair of both the Health and Health Care Reform Committees in the House.

And even though he doesn’t directly call it Medicaid expansion, Lambeth acknowledges that's what it is. But with some specific requirements. "The residents are between the age of 19 and no older than 64. The resident must be employed or engaged in activities to promote employment."

That is a provision borrowed from Medicaid expansion in Indiana, which was then run by Republican Governor Mike Pence.

And like Indiana's plan, Carolina Cares would also require participants to have "skin in the game" by charging them a small premium and some co-pays.

But that's where the similarities end says Lambeth. "A major difference that makes this different than other states is that the participants must make certain commitments which focus on preventative care with a wellness emphasis."

Lambeth estimates this would help roughly 200,000 North Carolinians who do not qualify for standard Medicaid and who can't qualify for or don’t get insurance through other means.

Even though this bill is being proposed by a Republican, it doesn’t mean it will get a warm reception in the House or Senate.

First, there's the cost of adding all those new Medicaid patients. Democrats have pointed to the fact that under Obamacare, the federal government would pay 90 percent of the expansion cost. Lambeth pointed this out as well.

As for the remaining 10 percent? The new premiums will cover a bit of that. But Lambeth says "the balance of the cost that is not covered by federal funds or participant contributions will be funded through health care related assessments including, but not limited to, hospital assessments."

Meaning hospitals and other medical providers will pick up the bill. Something done in other states and was part of Governor Cooper proposal.

In order to get this bill passed, Lambeth needs support of rural Republicans, specifically in the North Carolina Senate.

Enter farmer Alex Hitt, who stood next to Lambeth at the press conference. Hitt made the pitch that this is all about jobs for rural areas in the state. "The number one reason farms go out of business," Hitt told those assembled, "is not because there was a weather failure or a Hurricane Mathew or imports. It's because someone in the family gets sick or hurt, they don’t have health insurance and they go into bankruptcy."

Carolina Cares has already passed one key hurdle, it was assigned to a committee that actually meets.

Governor Roy Cooper's effort to expand North Carolina's Medicaid program is on hold for at least two weeks, following a federal judge's order over the weekend.

Cooper Wants To Expand Medicaid, But Can He?

The future of the Affordable Care Act dominated the news Wednesday. While Democrats and Republicans huddled on Capitol Hill to discuss the future of the law, here in North Carolina Governor Roy Cooper announced his plan to expand Medicaid in the state.