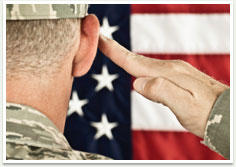 The wait times for VA primary care patients in the Fayetteville area had been among the longest in the country, but have fallen sharply in recent months. VA officials say that a big reason is the massive outpatient health care center they opened in November.

And they expect other new facilities that have opened around the state since to help hold down waits elsewhere, said Stephen Wilkins, a spokesman at the regional VA office in Durham.

"In the last six months this network has opened three health care centers and an outpatient clinic in the state, adding more than a million square feet of health care space to the 20 locations we already operate in North Carolina," he said. "Not only does it offer greater access for veterans in those surrounding areas, it means they’ll be seen more quickly, a result of new efficiencies and more staff, but it also means they will receive great care, through the most up-to-date technologies available in the industry."

The average wait for a VA primary care appointment for patients in the Fayetteville area has been cut by more than half, down from an average of about 30 days to fewer than 14, according to data recently released by the VA.

But in North Carolina, it’s not just wait times that the VA has been fighting: it also has faced extraordinary demand. The VA service region that encompasses North Carolina and Virginia has been the fastest-growing in the nation, more than tripling its the number of patients since 2001, Wilkins said.

And another goal behind the expansion is to bring VA care closer to patients. For decades, many who used the system faced long drives. Back in 2001, there were four VA hospitals and just two clinics in the state. Now there are still four hospitals, but also all those other clinics and health care centers scattered around the state.

Now, Wilkins said, every veteran in the state is within an hour of VA primary care.

The N.C. Department of Military and Veterans affairs noted in an emailed newsletter earlier this week that wait times in North Carolina for VA mental health care remain low, but that waits for specialty care had generally grown longer since the summer of 2014, likely at least in part due to the growth in the number of patients.

Wilkins said that was true.

"Certainly, as we bring new patients into the system, they require more specialty appointments, and there is a lower number of specialty care providers overall, and there may be a shortage in any given specialty from time to time, so those numbers tend to be slightly higher," he said.

Despite being larger than some hospitals, the new health care centers in Fayetteville, Kernersville and Charlotte are only for outpatients. Still, Wilkins said, they offer several types of care, such as certain kinds of surgery, that until recently patients might have only been able to get at hospitals.

"The greater access closer to veterans’ homes will also help to ease demand in those other facilities, allowing them to operate more efficiently and see patients in less time," Wilkins said.​

North Carolina is home to Fort Bragg, Camp Lejeune, and nine of the 50 Veterans Affairs medical facilities where patients are most likely to encounter a long wait for care.

The Associated Press analyzed six months of appointment data at 940 VA hospitals and clinics nationwide to identify the ones struggling the most to deliver prompt care.

Eastern North Carolina was among the places where waits are worst.