Uncertainty Looms As Floodwaters Continue To Rise In Greenville

ShareTweetEmail
Listen
Listening...
/
Jess Clark reports on the uncertainty that remains in parts of southeastern North Carolina as floodwaters continue to rise.

The Tar River cuts right through the city of Greenville, but it doesn’t usually cut through Steve Johnson’s backyard.

“That’s actually a lot worse, believe it or not, than the hurricane, because, you know, you’re displaced for so long,” he added.

Johnson has been under a mandatory evacuation since Sunday. So is half the town, camped out in area hotels that are at capacity.

“But you know, you just have to go with the flow,” he said.

Johnson is taking it well, considering the water is already creeping up against the back of his house.

Related: Nearly All NC Storm Victims Caught In Vehicles Swept Away By Flooding

Hurricane Matthew is gone, but floodwaters are still rising in North Carolina. Rivers downstream of major rainfall have already overflowed their banks, and some are not expected to crest until later this week. In Greenville, thousands of people remain under a mandatory evacuation. 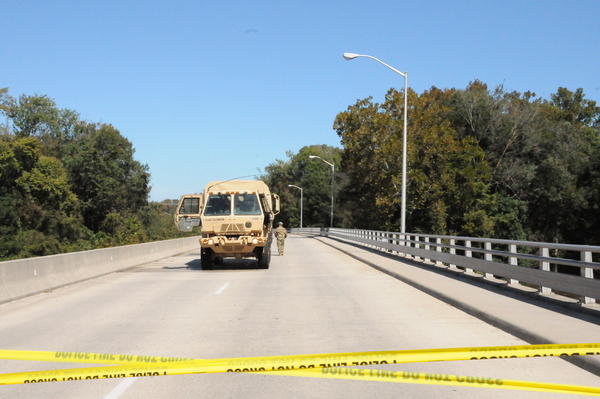 Police have blocked off Johnson’s street with cones and yellow caution tape, but earlier this week, he returned to check on his home.

“You can see where the river is running,” he said. “That’s how far I’m from it and you see where it is now...and if you look over at the neighbor’s house, it’s a lot worse actually.”

One of those houses belongs to Seth Rogers. Earlier this week, the river flowed under his deck. Rogers sealed the outside vents and piled almost 800 sandbags around this house and several others he rents out along the river.

“We’ve done everything in our power to try to prevent the water from coming in,” Rogers said.

Water is already in the basement here, and the Tar River is expected to rise another four feet before it crests in a few days. Rogers doesn’t linger -- he needs to check on other properties. 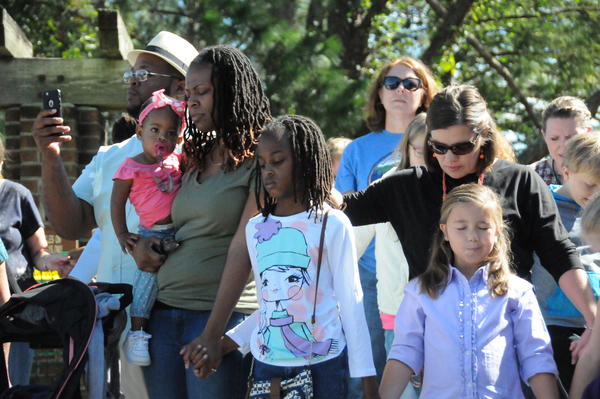 A block away, work crews are dragging a massive pecan tree out of the road. Plastic tarps patch the roofs of houses up and down the block. They're all reminders of Hurricane Matthew’s first blow to the city several days ago.

“It has been a tough week has it not?”said Greenville Mayor Allen Thomas.

On Wednesday, Thomas sought to bring the city together to brace for Matthew’s second blow, the slow-moving disaster headed toward them. Hundreds gathered on a bridge over the rising Tar River to pray the flood away.

Thomas and faith leaders led the crowd in prayer. Before they said their final “Amen,” National Guard in giant military trucks rolled across the bridge. They were coming from the other side of the river, where many homes, churches and businesses are already flooded out.

Rebuilding Beaches: Worth the Cost?

Rob Young: We definitely incentivize rebuilding at the moment.

Hurricane Matthew has passed, but the aftermath continues to produce major flooding along parts of the east coast.

One of the hardest hit areas is Lumberton, North Carolina, where hundreds of residents were trapped in their homes and rescue operations via boat and helicopter are underway.

As Water Pours Toward Sounds, Worst Of Flooding Yet To Come

Although there hasn’t been a drop of rain to fall from the sky since the weekend, the worst flooding could still be ahead for areas in southeastern North Carolina.

That's because rain from Hurricane Matthew that fell on areas inland – like the Triangle – will continue to flow toward the coast, collecting in ever-growing rivers that will surge through areas like Goldsboro, Kinston and Lumberton along the way.