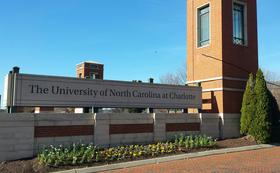 For the last three years, an advisory panel based at UNC Charlotte has helped guide Duke Energy as the company figures out what to do with coal ash. And, during that time, Duke has also contracted with the university to do scientific research on specific coal ash sites.

Providing research and advice of this nature requires a degree of collaboration. But, when companies turn to universities for hired expertise, challenges and questions about the relationship can arise. Can such collaboration become too cozy?

To begin considering this question, take a moment to imagine a dance floor. Standing on one side is ‘Corporate America,’ with its business interests, regulatory challenges, and in many cases, deep financial pockets. On the other side of the floor stands ‘Academia,’ with its public mission to inform, commitment to research, and its thirst for funding to extend that mission.

“Industry-Academy collaborations are inevitable – there’s no turning the clock back,” says Cary Nelson, former president of the American Association of University Professors (AAUP). He co-authored the organization’s handbook of 56 principles designed to help guide a wide range of relationships between universities and industry.

“The question is, how to manage them, how to make certain that they are honorable,” says Nelson. “Maintaining the genuine independence of the research and of all kinds of review processes is essential,” he adds.

To help ensure such independence, Nelson says it’s important that contracts between universities and industry research sponsors be made public. Recently, contracts involving UNC Charlotte’s work with Duke Energy on how to deal with coal ash ponds became public through reporting by WBTV in Charlotte.

Langley submitted a draft of his findings to a Duke Energy engineer for review. Emails show that ultimately, the Duke employee responded with a set of “highly suggested edits” for Langley’s report.

Nelson, the former AAUP president, laughs at the email’s wording and observes, “Well, ‘highly suggested’ seems to send a message, right?” Nelson comments on how such an email could have been worded – “you know, here’s some possible edits, of course if you disagree with them..you may not want to adopt them.”

AAUP guidelines say that contracts should make clear that pressure from a research funder is prohibited. Duke and UNCC say Langley and the company discussed possible changes during a process both parties call “collaboration.”  They say the interaction, and the edits, added context, not pressure, and didn’t alter Langley’s scientific conclusions.

Langley’s final report did contain all of Duke Energy’s suggested edits. Some are minor. But other changes seem to give the company more leeway. For example, Langley originally referred to a “preferred” option for closing a coal ash basin. Under the Duke edit, the wording was tweaked to say, “preliminary option.”  The company’s editing also added significant chunks of material to the report’s summary sections.

“I actually crafted a lot of those changes myself,” Langley said during an interview with WFAE. He added that he and Duke Energy representatives spoke about the research on a near daily basis over a one-month period. “And, ultimately yes …that is my report,” said Langley. 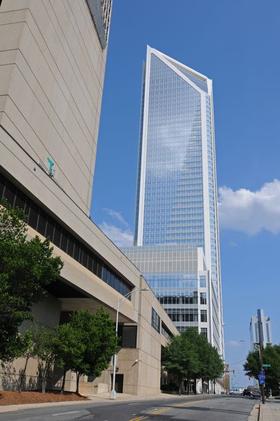 A Duke Energy spokeswoman said there’s a “fundamental flaw” in the way some people view the notion of independence in research. “A lot of people seem to think that ‘independent’ means ‘isolated,’ and that’s simply not the case in science,” said Paige Sheehan. “It’s important for scientists to collaborate and engage with one another as they refine and develop expert opinion, but it is still independent,” she added.

In response to an inquiry from WFAE regarding its research practices and guidelines, UNC Charlotte issued the following statement attributed to Robert Wilhelm, the university’s Vice Chancellor for Research and Economic Development:

"The work of faculty members at the University is mentored and managed in academic departments and colleges according to policies and regulations defined by UNC Charlotte, the UNC System, The State of North Carolina, the federal government, accrediting bodies, professional societies and other related entities."

The statement also said that UNCC’s policies and regulations are “largely consistent” with AAUP recommendations.

Such policies would also guide the work of Dr. John Daniels, a colleague of professor Langley. Daniels heads the university’s department of Civil and Environmental Engineering. He also chairs the Ash Management Advisory Board that was chartered and funded by Duke Energy as part of the legal settlement stemming from the Dan River spill.

Daniels says he took the advisory board assignment to help UNC Charlotte fulfill its mission of offering expertise to the community on challenging issues, noting that he is not paid for his work with the panel. “If I were to quit that board tomorrow, my salary wouldn’t change,” Daniels adds. Instead, payments tied to Daniels’ work with board go directly to the university.

When the formation of the Ash Management Advisory Board was announced in October, 2014, Duke Energy touted the panel's independence. But, under the terms of the Board’s charter, a Duke Energy senior vice-president has authority to remove board members “with or without cause.”  The company official also appoints the board’s chairperson, who is to consult with Duke on all board member appointments or dismissals.

Given such provisions, claims of the board’s independence don’t fly with Cary Nelson, the former Association of University Professors’ president. “Those are embarrassing provisions to be built into a supposedly independent review board,” Nelson says.

'Not a one-way street'

Universities and industry have a long history of working together, says Tony Boccanfuso. He heads an organization called the University Industry Demonstration Partnership (UIDP), of which UNC Charlotte is a member. Dozens of other universities also belong to the partnership, as do a number of major corporations including Coca-Cola Company, Monsanto Company, and Microsoft.

“It’s not uncommon when a company invests resources at a university that they’re actually working in collaboration with the university in terms of the specific research,” says Boccanfuso.  “It’s not a one-way street,” he adds.

So, what can be learned from the Duke Energy / UNC Charlotte collaboration on coal ash management?  If nothing else, it demonstrates that, like any ‘dance,’ the partnership between a cash-bearing research sponsor, and the university personnel providing research findings or expert advice can be delicate.

And what constitutes appropriate independence for university researchers? The answer, it seems, is most clear in the eyes of the beholder.

Duke Energy and Dominion Energy have filed court documents to acquire land via eminent domain for construction of the Atlantic Coast Pipeline.

Duke Energy says 374,000 customers may have had their personal information exposed.

Hearings continue this week in Duke Energy's request for a rate hike, and among the costs that the utility is trying to recover is nearly $2 million for bottled water it provides to homeowners near coal ash pits.