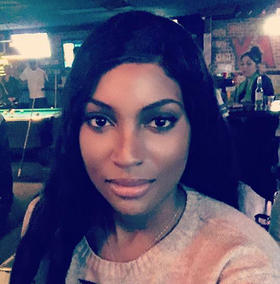 The men and women at North Carolina’s military bases have been left with a host of questions after President Trump tweeted Wednesday that transgender people would be banned from the military.

Spokespeople at both Camp Lejeune and Fort Bragg say they’ve received no directives regarding the policy change, and redirected questions to the White House. Meanwhile, transgender people stationed at those bases have begun to grow anxious.

Anah Johnson, a Navy Hospital Corpsman at Camp Lejeune, spoke with WFAE in response to the ban.

On why she joined the Navy

Both of my parents were in the Navy. That's actually how they met. They met during Desert Storm. So, seeing my parents, hearing their experiences that they had and how much they loved it, that's something that I wanted to do. I wanted to be as great as I felt like my parents were, and serve my country.

On transitioning before trans people were allowed to serve openly

On the possible consequences of Trump's policy change going into effect

President Trump has not released any kind of information about what would happen to the trans people that are in currently. Would it be like a grandfather-in program? Or would they be kicked out? Would they lose their benefits? What kind of discharge would they get? Would it be honorable or other than honorable? We don't really know yet, and I think, again, President Trump should have taken that into consideration.

I have friends that are transgender in the military and they're really afraid right now. They're scared. They're scared that they're going to lose their job, lose their benefits - which is like their health care - their college money. They don't know what's going to happen. They don't know what's going to happen in the next couple of months, which is very frightening, especially for being in the military, where we have so much job security. Now, for the first time for a lot of us, we don't have job security anymore.

Chris Sgro, the leader of the state LGBT rights group Equality NC, has announced he's stepping down at the end of May after nearly four years with the group.  He's taking a job with the national gay rights group Human Rights Campaign.  He'll be their communications director.  Sgro spoke with BPR about his time with ENC and about the bill that partly repealed HB2.

Employees of Montreat College are speaking out against a covenant that includes anti-gay marriage and anti-abortion language.  The college is requiring employees to sign it and some have chosen to resign.  Several of them told us why.