Sarah Alsammak walked across North Carolina State University's campus pointing out various landmarks. One of her favorite places is the tunnel where students draw graffiti art.

She stopped to pose for a photo – which took longer than it might have, if not for students darting between her and a photographer. She hasn't painted anything on the tunnel walls herself, but said she might before she graduates.

Alsammak is 20, and studying social work. In some ways, she's like many other 20-something college students. In other ways, she's quite different. And due to federal policies, there will be far fewer like her.

Alsammak is a refugee. She fled Iraq with her family in 2005, and can still remember the terror she felt. "When you go to bed you don't even know if you are going to wake up or not. Because, a bomb can hit anytime, anywhere."

Those experiences at a young age helped shape her into who she is today. "When I look back at it now, how could a child understand at such a young age? I should be thinking about, I don't know, Disney characters or something. But instead I'm thinking about, am I even going to wake up the next day? It shaped who I am today. I'm thankful for the smallest things in life right now." 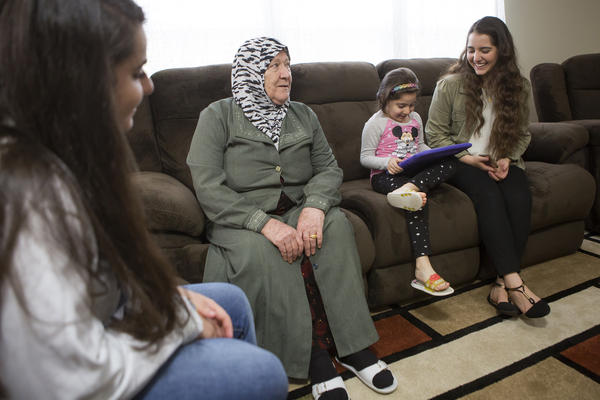 Through much of the Obama Administration, North Carolina resettled between 2,500 and 3,000 refugees annually. That spiked to 3,300 in 2016, driven by an increase of refugees from Syria and Congo. In 2017, refugee resettlements across the United State dropped, and in North Carolina the number fell below 2,000. In 2018, projections show resettlements to drop below 900.

The interactive charts below give a snapshot of refugee resettlements in North Carolina. Scroll over any data point for more information, or chose from the drop down menu to see information about North Carolina refugees from specific countries. Data were compiled by the Associated Press.

The reduction of resettlements comes as a direct result of a policy agenda from President Donald Trump. The Administration reduced the cap on refugees allowed into the country, and Trump called for "extreme vetting" of refugees in the name of national security. That despite any evidence that refugees increase risk of harm on American soil, according to Betsy Fisher, a Policy Director with the International Refugee Assistance Project.

"The Trump Administration was very clear in its campaign that it wanted to limit or end refugee resettlement, and it's done just that," Fisher said. "Of course, security is a paramount concern for all of us, but these security measures are really designed to slow down refugees, and not to keep any of us safe."

The U.S. Committee for Refugees and Immigrants is a nonprofit that helps resettle refugees. Scott Phillips is the USCRI North Carolina Field Office director in Raleigh. He points out that being a refugee has nothing to do with poverty. "Refugee status is not a socioeconomic status," he said. "So we have doctors, lawyers, factory workers, farmers, or people who have existed their whole life in a refugee camp." 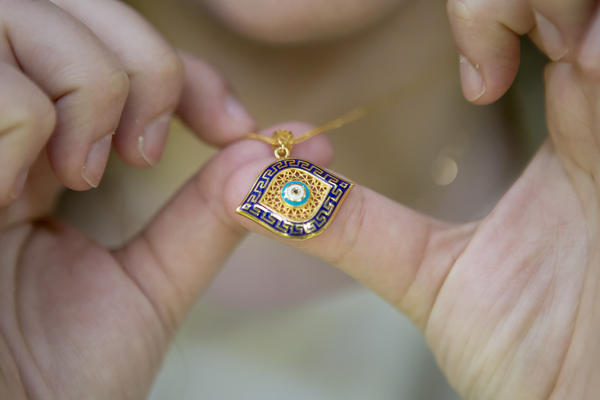 This resettlement slowdown has affected refugees in the United States looking to reunite with family. Mmasa Lumungu Wakilongo lives in Raleigh with his second wife and their children. They fled from extreme violence in the Congo and spent time in a refugee camp in Tanzania. When his current family were approved to come to the United States, he said he also made sure the paperwork was done for his children from his first wife. Through a USCRI interpreter, he explained that because his daughter was pregnant, she could not travel, and that affected the other children as well. But that was more than a year ago, and by May, they were not yet reunified, something that caused him a lot of stress, he said.

That feeling has been shared among other refugees around North Carolina.

"Among the refugees there is concern," said Phillips. "If there's a family member waiting, there is definitely a lot of anxiety."

Alsammak uses her history as a refugee as motivation. She graduated early from Millbrook High School and attended classes at Meredith College before transferring to N.C. State. She has plans to attend graduate school and even to work for a doctorate, she said.

Local immigration advocates say there have been more arrests by federal Immigration & Customs Enforcement across Western North Carolina.  Those come after around 15 people were detained last weekend in Buncombe and Henderson Counties.  ICE spokesman Bryan Cox says the agency makes arrests on a daily basis as part of ongoing enforcement activity.  Appearing on The State Of Things Tuesday, Cox says ICE agents target specific individuals who are in the country undocumented and have criminal record

In Carolinas, DACA Recipients Press On Despite Uncertainty

DREAMers, children brought to the United States by their parents and living in the country illegally, are still uncertain about the future of the program that allows them to work and drive, and protects them from deportation.