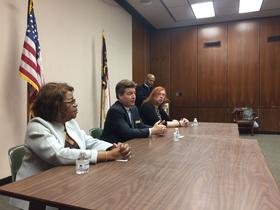 With President Donald Trump’s approval rating low, Democrats nationwide are hoping midterm elections will trigger a blue wave this year that will change the balance of power in Congress. Some political observers believe that wave could wash over some North Carolina districts, including the 2nd, where three Democrats are battling for the chance to replace incumbent Republican George Holding.

Listen
Listening...
/
Rusty Jacobs reports on the race for the democratic nod in the 2nd district seat of the US House.

“I got a couple of calls and there were people who were saying ‘You really need to take a look at this,’" Coleman said, "and I thought, you know, ‘No, I don’t think so, you know I just came off of a campaign, this might not be something I want to look at,’ and they said, ‘Well just take a look at the numbers.'"

The district includes parts of Wake, Johnston, Nash, and Wilson counties and all of Franklin and Harnett counties.

“Much of the 2nd district is in Wake County and it’s eastern Wake County, it’s the part of the county that I have represented in the General Assembly and as a county commissioner,” Coleman said.

Coleman has a lot of experience as an elected official and state employee. She was a Wake County Commissioner from 1998 to 2002 and served as state representative from 2002 to 2009 before stepping down to take over as state personnel director, a position she was appointed to by then-Governor Beverly Perdue.

She ran for Lieutenant Governor in 2012 and 2016, losing both times to Republican Dan Forest.

Coleman said her decision to jump back into the political fray was sealed when she saw signs the Democratic Congressional Campaign Committee was targeting the 2nd.

For Ken Romley, the decision to give up a career as a tech sector executive for a congressional run came after Donald Trump won the White House in 2016.

“I see him encouraging white supremacists, vilifying immigration, cutting out the support structure that makes a level playing field and sort of doubling down on trickle-down economics that has never, ever worked,” Romley said.

Romley has had a lot of business success since moving to North Carolina in 1991 with his wife, Di, whose family emigrated to the United States from the Philippines when she was 13.

He started and sold three companies and then became chief executive of Zift Solutions, a position from which he stepped down to campaign for congress.

While Romley may be running as an anti-Trump candidate, like the president, he seeks to capitalize on voters’ mistrust of career politicians.

“That’s part of why we have Trump,” Romley said, “that they felt like Washington had been a swamp and I think there’s a lot of truth there but the answers that the GOP are putting forward are not the right answers and so that’s why I stepped up to be somebody different, to give people a choice, something that they hadn’t seen in the 2nd district and I think that’s a winnable formula.”

If Linda Coleman is running as a pragmatic problem solver and Ken Romley is a successful businessman outsider, than Wendy Ella May is a progressive firebrand.

May is a transgender military veteran who previously has run for political office in New Jersey as, in her words, a spoiler.

“I have the passion and the desire and the heart of the people of the 2nd congressional district. My moral compass is pointed in the right direction,” May told voters at the Johnston County candidate forum.

Federal Election Campaign data show Ken Romley has raised more than half a million dollars—the most of the three Democrats. Linda Coleman has raised around $128,000. The F.E.C. has no financial data for May.

The key to winning the Democratic nomination will be convincing primary voters the candidate can beat George Holding, the third-term Republican incumbent who has won handily in each of his previous congressional campaigns.

Holding does face a primary challenger of his own, Allen Chesser II, whose campaign is in debt. 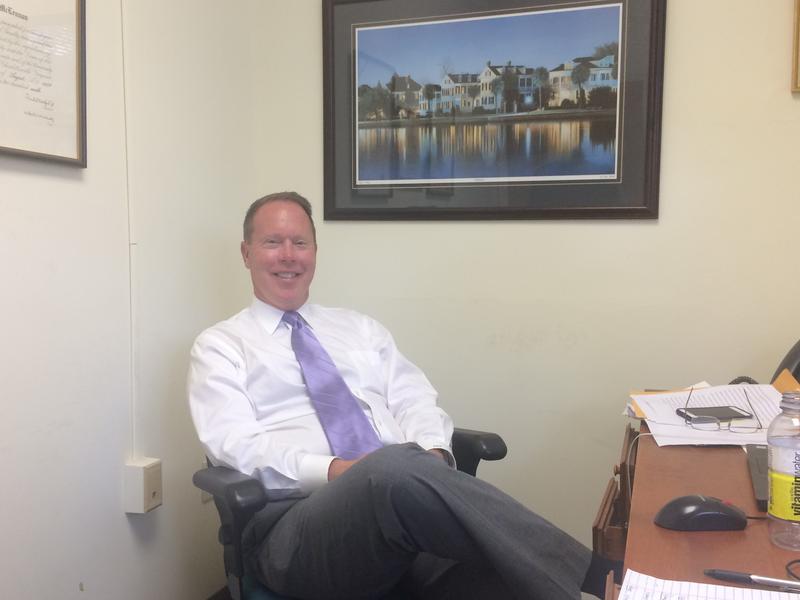 The 2nd District voters who live in the high-growth suburbs of Wake County will prove important to the primary, according to Political Science Professor David McLennan, of Meredith College.

Each of the Democratic candidates offers pretty standard left-leaning positions on those issues.

For Romley, lobbyists for the pharmaceutical industry have too much impact on health care costs and more people need insurance coverage.

“Let’s see what’s politically possible but be driving with smart decisions that aren’t driven by what makes the most for pharma companies that are paying off congressmen,” Romley said.

Wendy Ella May is a signatory of the progressive pledge known as the Contract for American Renewal. As such, she supports raising the minimum wage to $15 an hour.

Linda Coleman, like her fellow competitors, supports a path to citizenship for so-called dreamers, immigrants who’ve lived, worked, and studied in the United States after being brought here as children without documentation.

Johnston County voter and registered Democrat Mark Gillespie said he’d be happy with any of the three candidates in the party primary, when it comes to their positions on the issues.

But Gillespie said he wants a candidate who will flip the district from reliably red to blue, an outcome he is not overly confident about.

“We have got to turn out our voters if we are going to overturn what is just a debacle in Washington,” Gillespie said.

Flipping the 2nd district will require more than just turning out Democratic voters, it will take appealing to a large bloc of unaffiliated voters.

Nearly one-third of the district’s 820-thousand voters are registered as unaffiliated.

A North Carolina congressional candidate said the website she used when she campaigned for another office is now owned by a Russian.

Congressman George Holding is all but guaranteed a third term in the U.S. House of Represenatives after defeating Renee Ellmers on Tuesday in North Carolina's second primary.

Voters head to the polls Tuesday for North Carolina's second primary where they will decide congressional races and a swing seat on the state Supreme Court.

One of the more competitive contests is in parts of the Triangle where two familiar elected officials are battling for one seat. It's the only race of its kind in the country - and redistricting is to thank.

Arguably the most vocal supporter of House Bill 2 is up for reelection this year. And his name is not Pat McCrory.

And the Republican remains an unflinching proponent of the law. On Tuesday night he debated Linda Coleman, the Democratic nominee for lieutenant governor.