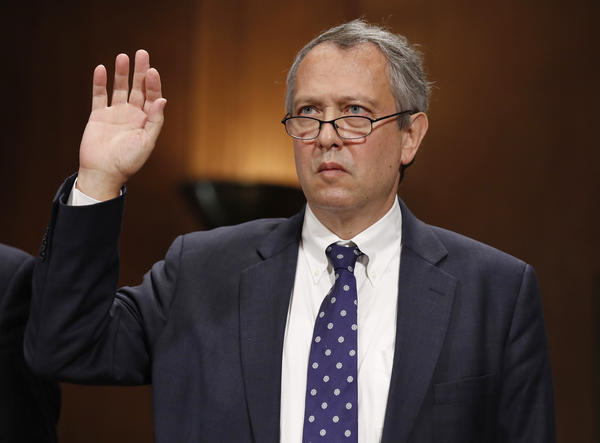 A committee of U.S. Senators has again approved a controversial pick for the Federal Bench. Thomas Farr is up for a life-time position in the Eastern District of North Carolina. He has been criticized for his work as an attorney defending recent voting laws passed by the Republican-led General Assembly – and also for his work on a Jesse Helms campaign in 1990.

“Look, I get that we have differences in our political ideologies, but I think absolutely destroying a good man’s reputation is inappropriate,” Republican U.S. Senator Thom Tillis said at a hearing Thursday morning, reiterating his support for Farr.

Farr was nominated last year, but did not receive a vote by the full Senate and is again going through the process. The vacancy in the Eastern District has been open for 13 years.

“I believe Tom Farr is going to make a good judge – a great judge," Tillis said. "I also know that Tom Farr has broad-based support from across the ideological spectrum because he’s a good man. He’s built great relationships. He’s been mentors to people.”

Farr has no obvious support from the left. Democrats have been highly critical of his work in election and labor law. If nominated, he would serve in the Eastern District – an area spanning 44 counties with a population that is about a quarter black. The area has never had an African-American federal judge.

"The history of this vacancy makes it all the more troubling that Mr. Farr has a long recording fighting on behalf of racially gerrymandered voting districts that dilute the voting power of African-American voters.”

Senators approved Farr’s nomination on an 11-10 party-line vote. This now goes to the full Senate.

Thomas Farr is a Raleigh-based lawyer who has counseled North Carolina Republicans on a multitude of racially divisive cases.

A Senate panel on Thursday narrowly backed the nomination of a North Carolina attorney to fill the nation's longest judicial vacancy over the objections of Democrats, black lawmakers and some civil rights groups.