Sorting Through What Supreme Court Abortion Ruling Means For NC

North Carolina passed an abortion law in 2013 with similar language to what the U.S. Supreme Court struck down this week in Texas. But the implementation has been different here.

One of the Texas provisions the Supreme Court ruled unconstitutional was that abortion facilities must meet the standards of ambulatory surgical centers. (Think: mini hospital with expensive building and HVAC regulations.) 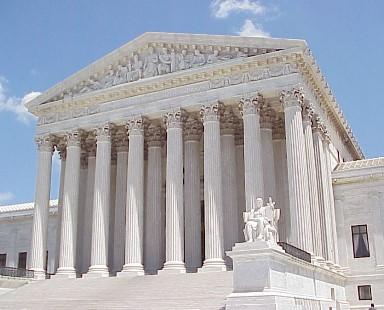 The nation's highest court ruled that requirement "provides few, if any health benefits for women" and is an undue burden on access.

In North Carolina, Republican lawmakers in 2013 authorized the state health department to apply any ambulatory surgical center requirement to abortion facilities. The state's next step was one that abortion rights advocates were pleased with, including Tara Romano.

"DHHS worked with advocates and people in the medical community to come up with those regulations," she says, "so they ended up not coming up with regulations that were as strict as what was in Texas."

Romano is executive director of NARAL Pro-Choice North Carolina. She's not aware of any clinics here that closed because of the law. In Texas, more than half the clinics closed.

North Carolina does have other abortion restrictions, like a 72-hour waiting period and a requirement for doctors to submit ultrasounds to the state for abortions after the 16th week of pregnancy. Those are not provisions the Supreme Court considered.

North Carolina's governor says he'll sign a bill that would make the state one of several with a 72-hour waiting period for abortions.

McCrory issued a statement several hours later saying that he's pleased with how the bill developed in the legislature over the past few days.

The bill adds other rules for doctors and clinics that perform abortions and includes several unrelated criminal justice measures.

The Senate has given its final approval to additional rules surrounding abortion in North Carolina, primarily one extending the waiting period for a woman to obtain the procedure from 24 hours to 72.

The Republican-led chamber voted 32-16 largely along party lines Monday night in favor of the bill after agreement on two amendments. The bill also requires doctors to provide more data to state regulators about certain second trimester abortions and makes clear abortion clinics will be inspected annually.

Two controversial bills: one concerning gay marriage, the other abortion, are closer to becoming law after votes Wednesday.

Abortion-rights advocates have returned to the Executive Mansion to urge North Carolina Gov. Pat McCrory to block a bill that would extend the waiting period for the procedure from 24 hours to 72 hours.

Representatives of Planned Parenthood and other groups held a news conference Monday across from the governor's home. The measure approved by the House and now in the Senate also requires doctors to give regulators more details about certain abortions performed.