Some NC Bars And Businesses Say Goodbye To Plastic Straws 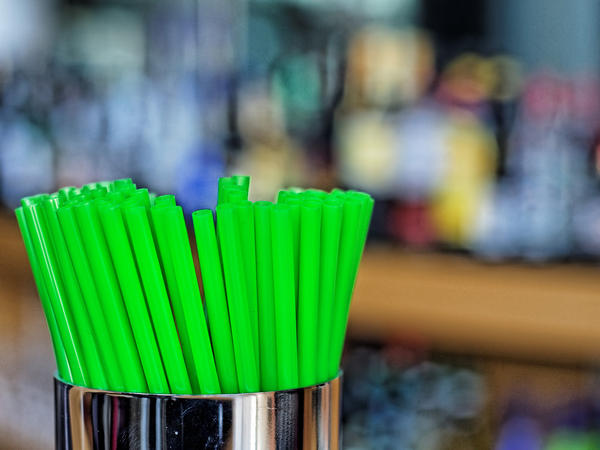 Some North Carolina bars and restaurants are are phasing out the use of plastic straws because drinking straws are not recyclable and often make their way to the ocean, where they can injure marine life.

The Carolina Inn in Chapel Hill no longer serves cocktails with stirrers. Most people picked them out anyway, according to Spokeswoman Michelle Voelpel.

“I think that it is not a hard transition to make,” said Voelpel, adding that the Inn now offers drinking straws upon request. “Something as little as a straw, that can impact the environment. We want to do our part.”

The Carol Woods Retirement Community in Chapel Hill and the Outer Banks Brewing Station in Kill Devil Hills are also phasing out plastic drinking straws and looking for alternatives.

Among plastic, straws are drawing special ire from environmental activists for their disposability and ubiquity.  "Straws" is the name and the subject of an award-winning documentary by North Carolina filmmaker Linda Booker.

Environmental groups like Ocean Conservancy are urging bars and restaurants to stop offering plastic straws to everyone who orders a drink.

Volunteers picked up nearly 73,000 pounds of trash from North Carolina beaches and waterways during the advocacy group’s International Coastal Cleanup day last year. Of that, there were more than 2,500 plastic drinking straws and stirrers.

“Plastic straws are consistently in the top 10 items collected globally around the world and they have a really visible impact on marine wildlife,” said Ocean Conservancy Spokeswoman Julia Roberson.

Roberson said she understands that plastic straws are a valuable tool for some people. But very often, they end up in waterways where they can injure marine life. And she added, plastic straws can't be recycled.

“If you are able, if you don't need a plastic straw, it is something that you can easily do for the ocean by skipping the straw and choosing an alternative,” Roberson said.

At the Carolina Inn, Voelpel said the transition hasn't been difficult.

“We are very conscientious of the environment and we want to do our part. So that was the big reason why we are phasing out, and we're only giving straws out upon request,” she said.