In September, Council Rejected HB2 Deal With Lawmakers. So What Changed?

When it comes to House Bill 2, time can apparently heal some wounds. Three months ago, Charlotte City Council refused an overture from the General Assembly. The deal was that if council repealed the city’s expansion of its non-discrimination ordinance, lawmakers would vote to repeal HB2. Most council members, including LaWana Mayfield, weren't interested. 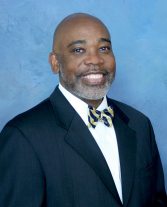 On Monday, Mayfield was part of a unanimous vote to repeal Charlotte's ordinance.Council member Al Austin also had a change of heart. He told WFAE's Mark Rumsey that a clawback provision made a difference in this vote to repeal. That provision says lawmakers must act by Dec. 31. Still, he says it was a tough vote.

"What we all need (is) for this to move forward, particularly given the total repeal of HB2. The path forward is not necessarily the path I would have taken, that I would have liked to have seen, but it is what we got," Austin says (listen to interview above).

The General Assembly will go into special session Wednesday.

State lawmakers will meet today for a special legislative session to consider repealing House Bill 2, the controversial state law that requires people to use the bathroom corresponding to the sex listed on their birth certificate.