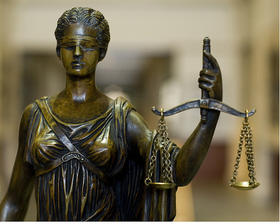 The U.S. Supreme Court has rejected North Carolina's request to reinstate its voting overhaul this November.

It's not a final ruling in the case. But for this election, it means North Carolina can't use a variety of Republican changes a federal appeals court found were passed with discriminatory intent.

North Carolina appealed the ruling and asked the U.S. Supreme Court to put it on hold in the meantime.

The nation's highest court has now rejected that request.

Since the U.S. Senate has refused to replace the late Justice Antonin Scalia, the court still only has eight members. They deadlocked four-to-four along ideological lines, which leaves the lower court order in place this November.

The state board of elections is in the process of complying with that order. It's currently reviewing the early voting plans counties submitted.

The U.S. Supreme Court refused Wednesday to reinstate North Carolina's voter identification requirement and keep just 10 days of early in-person voting. The court rejected a request by Gov. Pat McCrory and other state officials to delay a lower court ruling that found the state law was tainted by racial discrimination.

Early voting schedules for the fall elections remain unresolved in at least one-quarter of North Carolina's counties following a federal court ruling that struck down key portions of the state's 2013 voter identification and ballot access law.

The 4th U.S. Circuit Court of Appeals determined Republican legislators acted with discriminatory intent toward black voters when they approved several provisions, including one that reduced the number of early voting days from a maximum of 17 days to ten.

The North Carolina NAACP, the League of Women Voters and others are asking the U.S. Supreme Court not to reinstate major voting changes in North Carolina. They filed their response Thursday to Governor Pat McCrory's request to put aside an appeals court decision.

How NC Fits Into Recent Court Rulings On Voting Rights

Federal courts have struck down voting laws in North Carolina and several other states recently. WFAE's Michael Tomsic has this national roundup.