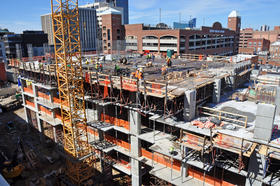 Apartment demand in Raleigh will grow at one of the fastest rates in the country, according to a new housing report.

In fact, the research estimates that apartment units will increase by 69 percent in the greater Raleigh area by 2030.

The report was based on research by Hoyt Advisory Services and commissioned by the National Multifamily Housing Council (NMHC) and the National Apartment Association (NAA).

Apartments are becoming increasingly attractive, not only for Millennials, but for the older generations as well.

"We're experiencing fundamental shifts in our housing dynamics, as more people are moving away from buying houses and choosing apartments instead. More than 75 million people between 18 and 34 years old are entering the housing market, primarily as renters,” said Norm Miller, Principle at Hoyt Advisory Services and Professor of Real Estate at the University of San Diego. "But renting is not just for the younger generations anymore. Increasingly, Baby Boomers and other empty nesters are trading single-family houses for the convenience of rental apartments. In fact, more than half of the net increase in renter households over the past decade came from the 45-plus demographic."

The National Multfamily Housing Council attributes the need for more apartment units to delayed marriages, an aging population and international immigration. Nationwide, the group estimates the country will add 4.6 million apartment units by 2030, or more than 325,000 per year. 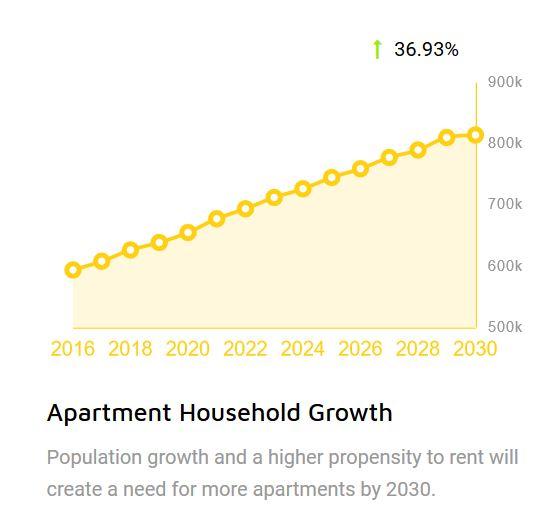 Asheville isn't alone when it comes to problems with providing enough affordable housing.  Citizen-Times reporter Emily Patrick found the struggle is often greater in areas well outside of the city in Western North Carolina.

A planned apartment complex in Asheville will make it easier for new teachers to find housing in a city where affordable housing can be hard to come by.

The Asheville Citizen-Times reports that the project which will have 28 units is expected to open by early summer of 2017.