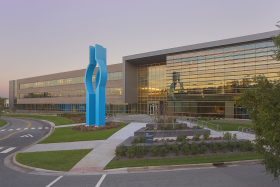 The N.C. Department of Insurance must review the request, but has generally approved close to the full requested increase in previous years. As long as subsidies remain approved – there has been rumor that subsidies would disappear if Obamacare is rolled back – low-income families would still qualify for premium assistance from the federal taxpayer.

While the rate increase is lower than in previous years, BCBSNC Director of Actuarial and Pricing Services Brian Tajlili said he recognizes the impact on families.

"Though our requested rate increase of 22.9 percent is lower than in previous years, many ACA customers will pay more for coverage that is already a large portion of their household income," he said on a conference call with reporters on Thursday morning. 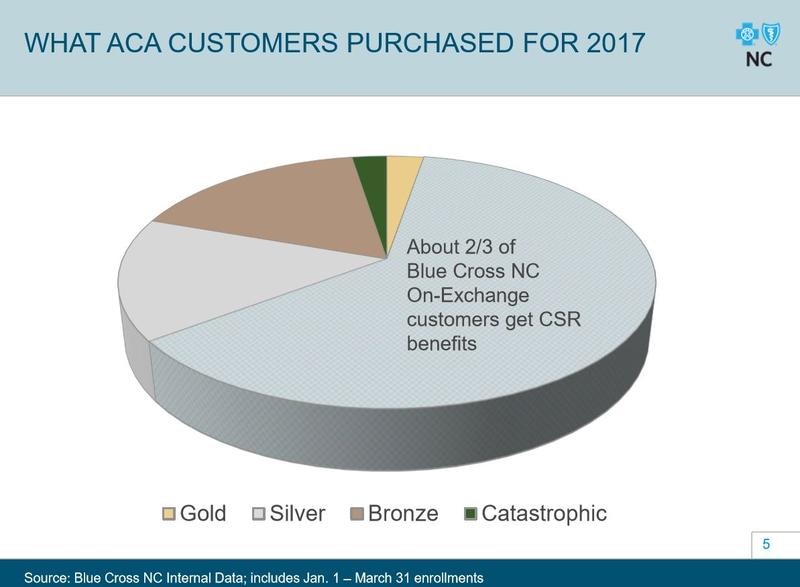 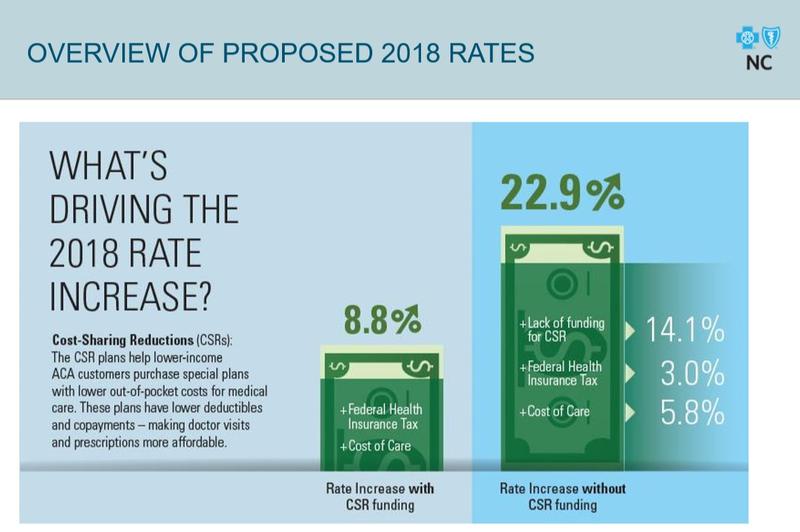 Some two-thirds of the rate increase stems from Congress not funding promised subsidies that provide consumers with extra financial help for out-of-pocket costs like deductibles and co-payments.

Tajlili said if the Republican-led Congress fully funded the so-called "cost sharing reductions" (CSR), its rate increase would be the lowest in the five years of the Affordable Care Act at less than 9 percent.

"About 14 points of that (22.9 percent increase) is for the lack of CSR funding. So by far the largest driver and a majority of that rate increase," he said.

Blue Cross, the state's largest health insurer, is the only company offering ACA policies in 95 of North Carolina's 100 counties. Aetna and United Healthcare decided to drop ACA plans in North Carolina, leaving most low-income residents shopping for health insurance only Blue Cross as an option.

BCBSNC's ACA business has swelled to more than 500,000 customers this year. Generally, these customers have been older and sicker than those who buy health insurance through an employer, according to Tajlili. Therefore, Blue Cross, and other insurers around the nation offering ACA plans, have paid out more than expected in medical bills, resulting in years of premium increases.