Q&A: What To Know About The Delta Variant's Impact In North Carolina

North Carolina is in the midst of a new and powerful surge of COVID-19 cases. State health officials say the delta variant is responsible for the vast majority of recent infections.

This variant is more than twice as contagious as the original, according to the Centers for Disease Control and Prevention, and it's driving up the number of hospitalizations in North Carolina at an alarming rate, mostly among those who have not been vaccinated.

WUNC reporters Will Michaels and Laura Pellicer answer questions from listeners about this current period in the pandemic.

Right now, a little more than half of North Carolinians over the age of 12 are fully vaccinated against the coronavirus. And we know that more than 90% of cases since early May, according to state health officials, are among those who are not vaccinated. The CDC has been using a colored map to demonstrate which states have high rates of transmission. As it stands now nearly the entire state of North Carolina is red and classified as having a high rate of coronavirus transmission. Vaccinations are still the number one defense against COVID-19.

The vaccines that are authorized for emergency use by the FDA are all considered effective against severe sickness, hospitalization and death related to the delta variant. There is preliminary research into which vaccines are more effective against delta, but there is not a clear scientific consensus at this point.

The Mayo Clinic, a reputable health system, gathered some of the emerging research in a list of "key takeaways." They found the Johnson and Johnson, Pfizer and Moderna vaccines range between 85% effective and 96% effective at preventing severe coronavirus disease from delta (based on different dosage numbers) — the kind of illness that could lead to hospitalization or death. 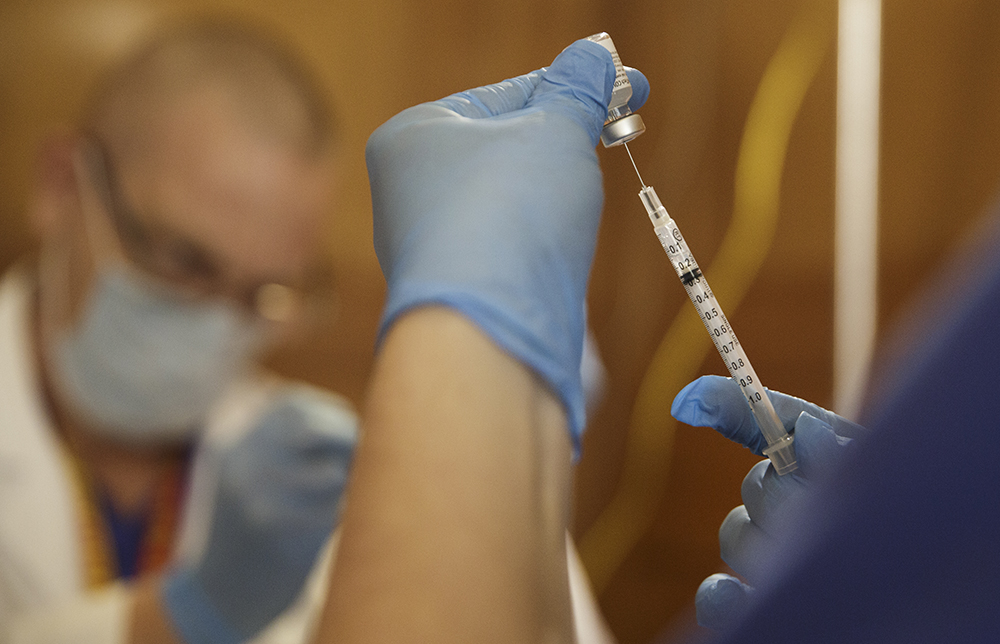 Determining which variant of the coronavirus you have requires genomic sequencing, which can take several days after you get a positive test. As you can imagine, in the midst of a pandemic, it's most important to know as quickly as possible if you do or don't have the virus so you can quarantine. So, identifying the variant is not the top priority in testing. And because of that, it's only tested in a small percentage of positive cases.

Based on that sampling, right now, more than 90% of cases in North Carolina are linked to the delta variant. State health officials say the treatment and the public health response are the same for the delta variant or for other variants.

The CDC Advisory Committee recently authorized a booster shot for immunocompromised people with certain high-risk conditions. The only booster shots that have been recommended for those high-risk individuals are for people who already got two doses of the Pfizer or Moderna vaccines. Those third booster shots are being offered at limited sites in North Carolina.

If you are in that immunocompromised category, check with your county health department to see if the third shot is available near you. There is no booster shot available right now for those who got the Johnson and Johnson vaccine. The CDC is still reviewing data about when or whether that will be necessary.

We heard from a WUNC listener who reported that they had increased pain and got their period about twice as often since getting the vaccine (what's known as breakthrough bleeding). Other people who menstruate have been reporting similar symptoms. A CDC spokesperson told NPR they're looking through their own data on symptom reporting at this time. We may be able to see a full study in the future on how menstrual cycles have been affected.

Researchers at the University of Illinois Urbana-Champaign and at the Washington University School of Medicine in St. Louis have also collected over 140,000 reports from "people who say they've noticed a change in their periods after vaccination," according to reporting from NPR.

It's important to note that the university researchers found the changes to menstrual cycles generally lasted a couple of cycles.

The short answer is unsatisfying — we just don't know yet. Pfizer and Moderna did start vaccine trials for children back in the spring, and an FDA official told NBC News they expect those trials to be finished in September. Based on the data, the FDA's goal is to pass an emergency use authorization around the end of the year.

Remember, this is happening while the FDA evaluates whether to give full approval to COVID-19 vaccines for adults. That’s the agency's top goal right now.