Photographer Discusses Charlottesville Unrest, Why He Feared For His Life 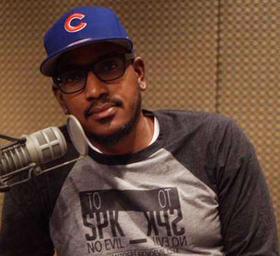 Photographer Alvin Jacobs of Charlotte does what you’d expect a photographer to do: Lots of personal portraits and fashion photography are in his portfolio.

And then, he has a passion project. He travels to cities with social unrest. He’s captured protests in places like Ferguson, Baltimore, Charlotte. Last weekend, it was Charlottesville.

Jacobs, who is African-American, said it was the first time he feared for his life while on a job. He spoke to WFAE's Marshall Terry about what he experienced.

The events in Charlottesville over the weekend hit close to home for many North Carolinians. Debates over Civil War and Confederate monuments and the recent rise of white supremacists are certainly topics we’ve dealt with here in recent years.

But for one woman from The Triangle, the deadly attack in Charlottesville was personal. Her name is Susan and we’re not including her last name because she fears reprisals from white supremacists.

In the wake of the weekend's racially-tainted violence in Charlottesville, Virginia - tensions have flared in other communities, especially across the South.  In Durham, protesters toppled a monument of a Confederate soldier that has stood outside the old Durham County courthouse since 1924.

And, since Sunday - a brief encounter in a Gaston County neighborhood has brought more emotions to the surface.  A video from the Facebook page of a Mount Holly woman named Page Braswell has gone viral.  She confronted a man who was flying the Nazi flag at his home. He told her his name is Joe Love. WFAE's Mark Rumsey spoke to Braswell about her encounter.

Around 100 people demonstrated in Pack Square Sunday night.  They were there to honor Heather Heyer, the counter protestor who was killed at a white supremacist rally in Charlottesville, Virginia.

A bill passed by the North Carolina House of Representatives that would protect drivers who injure protesters with their car while "exercising due care" is getting renewed attention in the wake of last weekend's deadly Virginia protests.