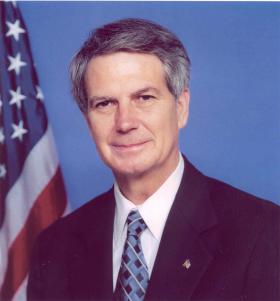 Walter Jones, who represents North Carolina’s Third Congressional District, was the only Republican in this state to vote against a bill that will repeal portions of Obamacare.

Listen
Listening...
/
Will Michaels talks with Rep. Walter Jones. The Republican member of Congress represents North Carolina's Third District and was the only Republican in this state to vote against the health care bill to repeal parts of Obamacare.

"Most of the reason is that we don’t have an updated Congressional Budget Office score," he told WUNC as the bill passed 217-213.

"The last day or two, leadership has talked to me about it, (asked me), 'What would it take to get your vote?' They are cutting deals with members of Congress, tweaking this and tweaking that, and you don’t know what the costs are going to be."

Jones was one of 20 Republicans in the House of Representatives to vote against the bill. All 193 House Democrats voted against the bill, which is the second major attempt at a repeal of the Affordable Care Act. The first attempt collapsed in March due to opposition from conservative and moderate GOP lawmakers. House leaders abandoned another attempt to pass the bill last week after support was lacking.

The measure now heads to the Senate, where it is expected to receive at least some changes. Senators have said they consider this repeal too harsh.

For Jones, though, the question marks led him to break with his party. "There is too much in the area of unknown, that I truthfully am concerned about," he said.

Jones' district is along the coast. North Carolina’s other Republican House members voted in favor of the repeal bill while all three House Democrats voted against.

Jones was specifically concerned about additional funds given to the high risk pool. The additional $8 billion would help cover the costs of medical care for seriously ill patients. These funds helped swing enough votes in favor of the bill and were seen as the primary reason this bill passed where the previous health care repeal bill failed.

Jones also said there was too much of a rush to pass something. He would have preferred if lawmakers would have held town hall meetings with constituents to get information about what people liked and didn’t like about the Affordable Health Care Act before passing a repeal bill.

"This has just been pushed too quickly," he said.

At least three Republicans in North Carolina's Congressional delegation are not satisfied with the GOP's plan to repeal and replace the Affordable Care Act.

It was supposed to be a tough race for U.S. Rep. Walter Jones. But the state's longest-serving sitting congressman cruised to victory last night in the 3rd Congressional District's Republican primary.