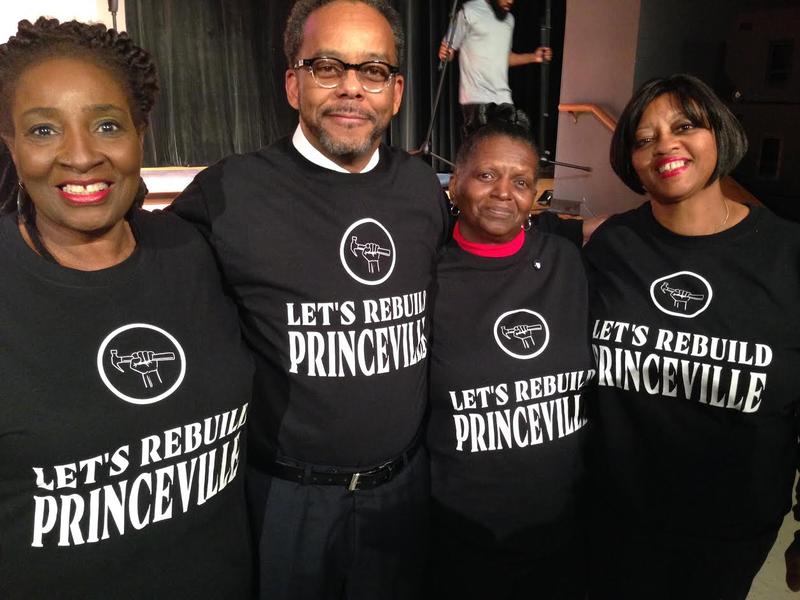 It was the second time this happened in nearly 20 years in Princeville, a town founded in 1885 by former slaves. And while support for the future of the town continues to grow, that may not be enough.

Listen
Listening...
/
Leoneda Inge reports on the efforts and challenges Princeville residents are facing as they rebuild after Hurricane Matthew.

Princeville Mayor Bobbie Jones was recently seen sporting a brand new black and white t-shirt that read “Let’s Rebuild Princeville.” He was at Elizabeth City State University listening to jazz – a fundraiser for his town.

Jones has been living in Rocky Mount since last October when millions of gallons of water swelled past the levee flooding most of his town of about 2,200 residents. Jones says residents want to return home.

Like a great jazz tune, there are sweet spots and improvisational conflict. Because 100 miles from Elizabeth City, back in Princeville, progress is in the eye of the beholder.

Just ask Joseph Sessoms, who doesn’t know what to do with his property on Greenwood Boulevard.

“See that, that’s mold and mildew, you can’t use that anymore," said Sessoms, pointing to the ruined refrigerator and freezer sitting outside.

Sessoms actually left Princeville and moved to Pinetops after Hurricane Floyd 17 years ago. The town flooded then, too. It was under 20 feet of water. The home Sessoms owns now in Princeville is where his mother-in-law lives.  Or used to live.

“So, now I am at a stand-still whether to keep on repairing or just stop or let litigation (mitigation) take control. No guarantee, just proposals they got," said Sessoms.

Sessoms is referring to the three options outlined in the state’s Homeowner Process for the Unified Hazard Mitigation Assistance Program. Residents can have their home elevated, to prevent future flooding. The home can be demolished and rebuilt. Or residents can sign up to sell their home and property to the federal government, which is called a buyout. Sessoms says he needs more time, and didn’t sign-up for any of the options.

But Stephanie Cherry did. 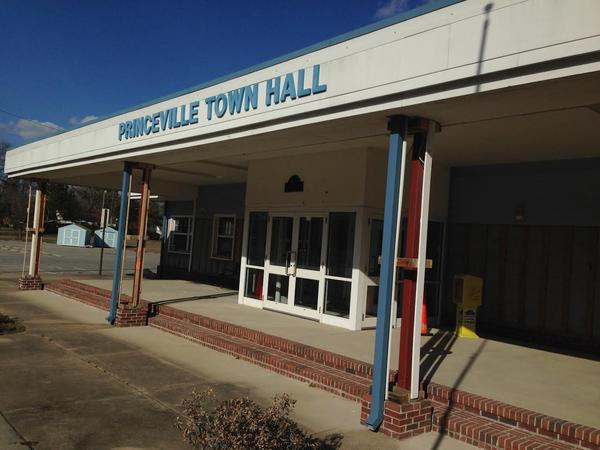 Cherry was one of about 100 homeowners who signed up for the buyout, a lot more than Princeville officials expected. A buyout means once FEMA closes on the sale of the home, it will be demolished and become open space.

“There’s a lot of people not trying to come back.  People are saying this is it. And then you have some that are diehard Princeville fans, and want to re-build and move back in, because all they know is Princeville," said Cherry.

A recent report completed only six months before Hurricane Matthew showed flaws in the levee design. Gerald said that could change how Princeville is classified when it’s time to actually receive mitigation dollars from the state. He’s worried if too many people leave, there won’t be enough property tax dollars to support the town.

Gerald wants the town boundaries to be expanded outward.

“Give people the option to move within the town boundaries away from the epicenter. We still keep Princeville proper but we just expand the footprint of the town," said Gerald.

Governor Roy Cooper’s office announced in late January a $198 million grant from U.S. Housing and Urban Development to help families recover from Hurricane Matthew. Most of it will go to the four hardest hit counties, including Edgecombe, where Princeville is located.

No word yet on how much will trickle down to Princeville.