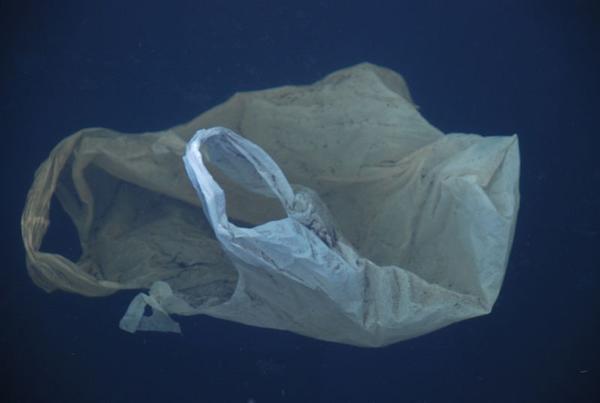 A massive amount of plastic is ending up in our oceans. It’s a global challenge that could be solved only with a huge, coordinated effort. North Carolinians are doing their part both by adding to, and lightening the load.

North Carolina, like the rest of the world, has a plastic problem. And with more than 3,000 miles of ocean and sound coastline, the plastic that is dropped along a roadside or blown into in a ditch has a direct route to the sea.

The annual International Coastal Cleanup is organized to stop the plastic before it hits the surf. Julia Roberson is a spokesperson for the Ocean Conservancy.

"This is the world's largest single-day volunteer event on behalf of the ocean, and it's a great way for people to come out and not just you know beautify their community or their beach, but also you know make a real difference in stopping trash reaching in the ocean in the first place."

Volunteers collect tens of thousands of pounds of garbage from North Carolina waterways every year as part of the Cleanup. And then the Ocean Conservancy tallies it up.

"Cigarettes were the most collected item in North Carolina. We picked up almost 40,000 of those in this state. And a lot of people don't think that cigarettes are necessarily plastic, but the little filter inside them is, and so we count that as plastic waste. The second most collected item of trash in North Carolina were plastic beverage bottles. We have about 10,000 of those collected. And then food wrappers - about 8,800 of those - came in third."

As it turns out, 7 of the 10 most common items collected in North Carolina last year were made of plastic. And pretty much everybody agrees: Plastic debris in the ocean is bad news. It can hurt marine animals that try to eat it. Maybe you've seen that sea turtle video. Plastic also harms water quality.

Even Patricia Davitt Long, a vice president with the Plastics Industry Association, is onboard.

"None of us want to see plastic or trash in the ocean, least of all the people who make those products."

Some activists are calling for an all-out ban on single-use plastic items, like straws and shopping bags. But Long says such initiatives are "naive" and distract from a bigger problem.

Long says America needs to overhaul its recycling industry. She said things like used soda bottles need to be treated like a resource that can be turned into new products. Maybe those can be kept from washing up on the beach.

This year's International Coastal Cleanup is September 15. You can learn more about local cleanups at the Ocean Conservancy's website.

Some NC Bars And Businesses Say Goodbye To Plastic Straws

Some North Carolina bars and restaurants are are phasing out the use of plastic straws because drinking straws are not recyclable and often make their way to the ocean, where they can injure marine life.