A New Kind Of Leader For Guilford College 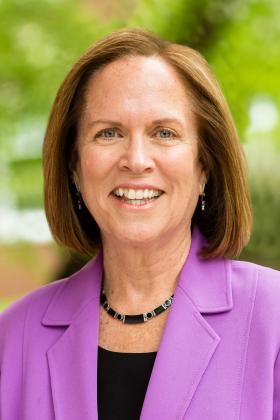 Guilford College made history when its administration chose Jane Fernandes as their new president.

Fernandes is the college's first female leader, and one of the first deaf presidents of an American college or university.

She most recently served as provost at UNC-Asheville for three years, but has had a long career in education. She has been an administrator or faculty member at four other universities, from Honolulu to Boston.

Along the way, she has pushed for better collaboration between the deaf and the hearing communities.

Jane Fernandes started her tenure at Guilford College at the beginning of July.

Host Frank Stasio talks with Fernandes about the challenges that face her as the Quaker school's new leader.