ShareTweetEmail
Listen
Listening...
/
Leoneda Inge reports on what the prospect of a new health clinic in Warren County means to a community that many consider a "primary health desert."

Last week, the Warren County Board of Commissioners voted unanimously to lease the empty building of the former Warren Community Health Clinic to a local physician planning to start a new practice.

The prospect of a new healthcare facility in this community is welcome news to residents who have been living in what some refer to as a “primary care desert.”

The Warren Community Health Clinic building has sat empty since spring 2016. For ten years, staff there served nearly 5,000 patients using a variety of free and sliding scale payment models, grants and other donations. But it wasn’t enough to keep the lights on.

Word of a potential new facility opening up in Warren County has many around the community like Vicky Stokes hopeful.

“Having that clinic here is going to be vital to healthcare for all of the citizens of Warren County, and especially the aged,” said Stokes, who directs the Warren County Senior Center.

“Yeah, I would like to see it reopen,” Alston said. “I think it was good for the county.”

Last week, the community got an early Christmas gift, according to Warren County Manager Robert Davie.

“The Board of Commissioners approved a lease agreement for a five year lease, with a five year extension, to H.O.P.E. Regional Medical Clinic which will hopefully open in the clinic building soon,” Davie said. 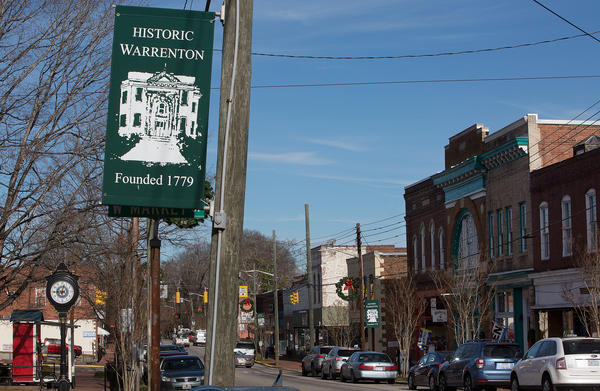 The agreement states the county will lease the 2,200-square-foot space to H.O.P.E. Regional Medical for $1 a month, according to Davie.

“Warren County does not have any permanent, full time physicians,” Davie said. “So we are desperately looking for a physician to come in on a full-time basis.”

According to the lease agreement, Dr. Demaura Russell will run the H.O.P.E. Regional Medical Clinic.

Russell declined a WUNC interview request, but in a phone interview, her spokesman Joe Dudley, Jr. said Russell is working to secure funding for the clinic.

“And did very well, and went to university and then went to medical school, did her family practice residency and now she’s back to serve her community,” Cosmos said. “We are all very proud and excited about her taking that big step.” 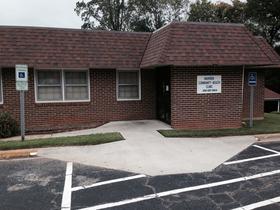 Since the clinic’s closure, many in the local and medical community have talked about how to continue serving a population that is largely African American and poor. Among them is Francis Aniekwensi, a doctor and a partner at Beckford Medical Center. Aniekwensi is one of two part-time physicians in Warren County. He welcomes the news of a new doctor in town.

“The more physicians that are able to come to the community to establish a practice, the better for the community,” Aniekwensi said.

But Aniekwensi said he knows from experience how hard it is for many in this community to pay a private doctor’s fees and a free clinic is still needed.

The new H.O.P.E. Regional Medical Clinic likely won’t be ready to open its doors until summer 2018. Warren County officials say at least $500,000 in funding will be needed to get the clinic opened and staffed.

But for now, many are encouraged by the prospect of a new business – and a new doctor – coming back to town.

NOTE: This report was produced as a project for the Dennis A. Hunt Fund for Health Journalism, a program of the USC Annenberg Center for Health Journalism. If you know of a former patient of the Warren Community Health Clinic in Warrenton, email Reporter Leoneda Inge at linge@wunc.org.

When A Rural NC Health Clinic Closes, Patients and Doctors Feel The Squeeze

It’s early afternoon on a recent Tuesday and Dr. Francis Aniekwensi is preparing to see his twentieth patient of the day.

What Happens After a Rural NC Health Clinic Closes?

The former Warren Community Health Clinic in Warrenton sits empty and quiet, across the parking lot from the county health department. Until last year, the clinic served low-income patients who often were unable to pay for medical services and didn’t have Medicare or Medicaid.