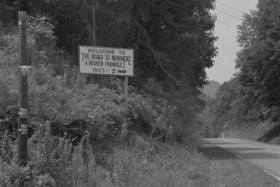 The federal government said it will finally pay a debt it has owed the state since Franklin D. Roosevelt was president.

The Department of the Interior announced in June it will pay the remaining $35.2 million it owes the state over a botched “Road to Nowhere.”

The government agreed to build a 30-mile road in Swain County after completion of Fontana Dam flooded several communities in the 1940s.

The road was never finished and the county agreed to a $52 million cash settlement in 2007, which has remained largely unpaid until now.

Representative Mark Meadows joined local officials when U.S. Secretary of the Interior Ryan Zinke announced the funds would be paid in full at an event at the Swain County Heritage Museum in Bryson City.

“Today is a long-awaited victory for the people of Swain County. When I arrived in Congress in 2013, on day one, my office began working with the Department of the Interior to see to it that the residents of Swain County receive the money they should have been paid long ago," Meadows said.

The settlement money will go to the state, but Swain County will receive an estimated $2 to $3 million a year in interest payments.