North Carolina's Republican lawmakers cut early voting, eliminated both same-day registration and out of-precinct voting, and created a photo ID requirement. The Justice Department and others say those changes disproportionately impact African-Americans in violation of the Voting Rights Act. 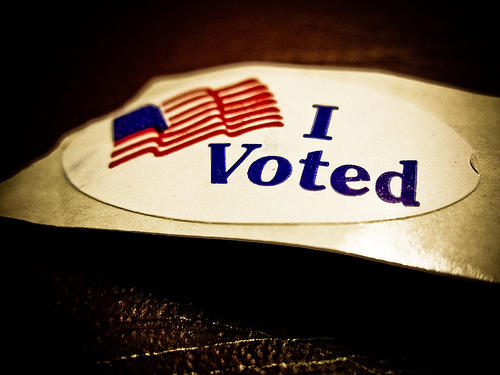 A federal judge in Winston-Salem, Thomas Schroeder, ruled against that argument in April. Tuesday morning, the plaintiffs take their case one step below the U.S. Supreme Court. They'll try to convince a three-judge panel that Schroeder relied too much in his opinion on the voting practices of other states. He said the overhaul put North Carolina in the mainstream. The plaintiffs say that ignores how much African-Americans in North Carolina relied on the voting practices that were taken away.

They also contend Schroeder gave too much weight to one midterm election. His ruling emphasized that African-Americans fared better on registration and turnout in 2014, after the overhaul.

Attorneys for the state say Schroeder's ruling is based on the facts and is consistent with other court opinions. Each side will have 40 minutes to make its case.

A federal judge in Winston-Salem ruled Monday night that North Carolina's sweeping election overhaul is constitutional. The U.S. Justice Department, the North Carolina NAACP and others sued over the 2013 law, calling it one of the most restrictive in the nation. WFAE's Michael Tomsic joined Marshall Terry to walk through the decision.

On Friday, 86-year-old Asheville resident Reba Miller Bowser got a visit at her apartment from the North Carolina Department of Motor Vehicles.  They were there to fix what they admit was a mistake: turning her down for a voter ID.  A day later, her son Ed Bowser welcome me into their home for a chat with Reba and himself.  Reba seemed in an upbeat, jocular mood.

Reba Miller Bowser: "Do I have to watch my language?"

The North Carolina Department of Motor Vehicles is apologizing to an 86-year-old Asheville woman who was turned away trying to get photo ID to vote.  DMV spokeswoman Marge Howell told WCQS's Jeremy Loeb it's likely the employee at the Asheville DMV who turned away Reba Miller Bowser wasn't adequately trained.  Bowser was denied ID because DMV wasn't satisfied that the 'M' on her licenses stood for Miller.  Her 1929 birth certificated indicated Miller as her last name.  She later took her husband's surname Bowser.  Howell says DMV has apologized to Bowser's family and have vowed to make it r