The North Carolina NAACP, the League of Women Voters and others are asking the U.S. Supreme Court not to reinstate major voting changes in North Carolina. They filed their response Thursday to Governor Pat McCrory's request to put aside an appeals court decision. 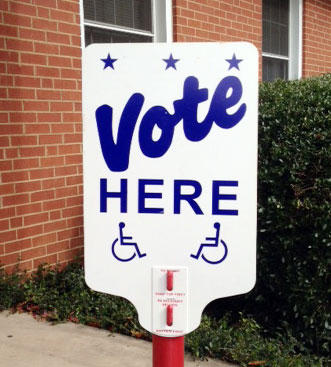 Governor Pat McCrory and attorneys for the state have asked the U.S. Supreme Court to put that ruling on hold pending appeal. They argue it's too close to the election to change the rules, and that the appeals court didn't properly back up its ruling on how the law discriminates.

That's factually inaccurate and misconstrues the legal standard, according to the response filed by the League of Women Voters and others. They highlight parts of the appeals court decision that lay out how African-Americans disproportionately relied on all the options that were taken away, and lacked IDs at higher rates than whites.

In addition, the plaintiffs argue state and local election officials are well on their way to complying with the appeals court decision, with plenty of time until November.

Chief Justice John Roberts can act on this kind of request himself, or he can refer it to the full court.

How NC Fits Into Recent Court Rulings On Voting Rights

Federal courts have struck down voting laws in North Carolina and several other states recently. WFAE's Michael Tomsic has this national roundup.