All 13 of North Carolina's representatives in the U.S. House voted in favor of an overhaul of the country's mental health system Wednesday. The bill gained momentum this year in part because of mass shootings. 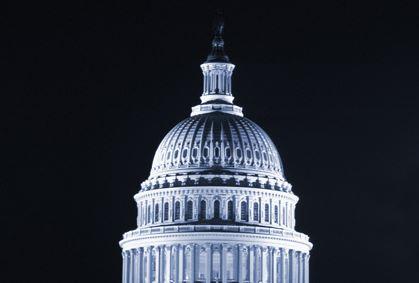 Improving the country's mental health system is something President Obama, Republicans and Democrats have agreed on. A bipartisan bill just passed the U.S. House with unanimous support from North Carolina's representatives.

"We have many people that have suffered from mental illness, and we have too long neglected that need," he says.

The bill is commonly called the Murphy bill, after Representative Tim Murphy, a Republican from Pennsylvania.

It would reorganize federal mental health services under one office. It would expand mental illness treatment and training. And it instructs the health secretary to review regulations on how records are shared with family and caregivers.

Congressman Richard Hudson, a Republican from Concord, worked on it in committee.

"This is probably the most comprehensive mental health legislation that Congress has ever attempted," he says. "But a big driving point with that was those tragedies. This may not be the only solution and the only thing we need to look at, but I think it is a big part of it."

The bill does not address access to guns. North Carolina's Democratic representatives say Congress still needs to pass legislation on that front.

Most Republicans disagree. Neither Hudson nor Pittenger have seen gun control legislation they would support.

The Murphy bill now goes to the Senate. North Carolina's Senators did not respond to interview requests.

On February 10th, 2015, Deah Barakat, his wife Yusor Abu-Salha, and her sister Razan Abu-Salha were shot and killed execution-style in Chapel Hill, North Carolina. Their neighbor, Craig Hicks, was quickly arrested and charged with the crime. But what happened that night? Why? And what does it mean for us now?

Malcolm Graham Reflects On His Sister's Life And Forgiveness

For the past year, former Charlotte city councilman and state lawmaker Malcolm Graham has grappled with the loss of his sister, Cynthia Graham Hurd. She was one of the nine shot and killed at Emanuel AME Church in Charleston a year ago.

On June 17, 2015, Dylann Roof shot and killed nine black parishioners at a bible study at Emanuel AME church in Charleston. Affectionately known as Mother Emanuel, the church has been a source of African-American pride and resilience since its founding nearly 200 years ago. It was the Southernmost church in the first black religious denomination in the U.S.

To find out more about the church’s importance in African-American history, WFAE’s Duncan McFadyen spoke with College of Charleston History Professor Bernard Powers. He studies the African Methodist Episcopal church and is a co-author of the book We Are Charleston: Tragedy and Triumph at Mother Emanuel.

Ted Budd, a gun shop owner from Davie County and a first-time political candidate, took the Republican party’s nomination for the 13th Congressional District on Tuesday night. He emerges from a field of 17 candidates for a seat that will favor the GOP nominee in the November general election.

The House gave its final approval late Wednesday to the measure by a vote of 78-37 — the same margin when the chamber gave it tentative approval Tuesday. The bill now goes to the Senate.