NC Prisons To Stop Placing Inmates Under 18 In Solitary Confinement

North Carolina prisons will soon stop placing their youngest inmates in solitary confinement. That's one of many changes in the works for how the state prison system treats 16- and 17-year-olds.

Breaking prison rules can land an inmate alone in a cell for up to 23 hours a day. If it's a serious infraction, prisoners can stay there for days. David Guice oversees the state's prison system. He says that's not helpful for anyone, but especially not for teenagers.

"No longer can we just place someone in a cell and not address the needs they have," says Guice. 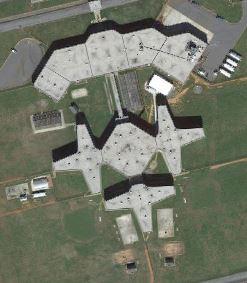 North Carolina is one of only a few states that automatically prosecutes 16- and 17-year- olds as adults. That's instead of turning them over to a juvenile justice system where there's often more of a focus on helping youth turn their lives around.

The state currently holds about 70 inmates under 18-years-old at a facility in Morganton. They're separated from adults, and treated differently, but not differently enough, says Guice. Prison officials have outlined even more changes for how the state handles these young inmates.

"Those under 18 need to have appropriate educational services, mental health programming, behavioral modification services, and the ability to stay connected with their parents and guardians," says Guice.

Those changes are expected to be introduced in September. At that time, the state will also stop placing those under 18 in solitary confinement.

The state's prison system has already begun to curtail its use of solitary confinement among adult inmates.