NC Hemp Commission Will Not Join Lawsuit Against DEA 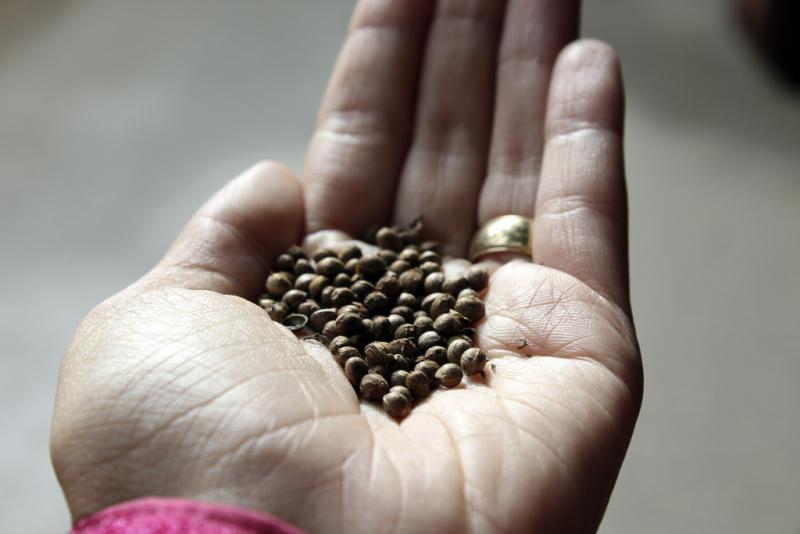 North Carolina's Industrial Hemp Commission will not join a lawsuit to challenge the Drug Enforcement Administration's stance on hemp regulations.

"The commission felt that the state should make sure that it had pursued all options other than litigation before being involved in litigation," Tom Melton, chair of the commission, said Friday afternoon. "So there was no motion made to join in Founders Hemp's proposed action."

Hemp is a type of cannabis, but has only trace amounts of the psychoactive drug THC.

North Carolina hemp producer Bob Crumley, president of Founders Hemp, said the DEA recently warned him not to order hemp seeds from a supplier in Kentucky because it's illegal to transport them across state lines.  But Crumley argues that violates federal and state laws, which legalized pilot programs for hemp crops.

“If the cannabis qualifies as industrial hemp, it's perfectly legal under federal, North Carolina law, and 30 other states' laws,” he said. “If it's not, then it's treated as other types of cannabis and is subject to controlled substances law.”

A DEA spokeswoman declined to comment, citing the possible litigation.

Crumley said the DEA is stifling what could be a lucrative product for the state. He said he's waiting on the commission's decision to determine whether he will officially file the lawsuit.

“The stalk is used for everything from paper to plastics,” Crumley said. “The seeds are used in food and food processing and the flowers or buds of the plants - there are oils extracted from those to make nutritional supplements.”

Before lawmakers left Raleigh last week, they sent to the governor a bill that would move the state closer to industrial hemp farming.  The bill would establish the North Carolina Industrial Hemp Commission, a 5-member commission, whose members will be appointed by legislators, state Commissioner of Agriculture Steve Troxler and Governor Pat McCrory.  The commission would have to raise $200,ooo privately before establishing a pilot program.  They would also coordinate research with NC State Universi