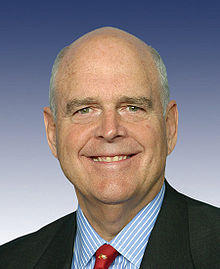 The votes are still being tallied in North Carolina's governor's race.  Governor Pat McCrory trails Roy Cooper by more than 6,000 votes. McCrory's campaign has disputed results in 52 counties alleging voter fraud. We wanted to ask the McCrory campaign about its complaints, but no one from the campaign responded to WFAE's interview requests. However, North Carolina Republican Party Chairman Robin Hayes did and spoke to All Things Considered host Mark Rumsey.

North Carolina Republicans Seek To Balance The Forces Of Trump

For seven generations members of the Wallenda family have pulled off incredible tightrope performances.

They've walked between skyscrapers, over Niagara Falls—and even the Grand Canyon—without a safety net.

This Friday and Saturday North Carolina Republicans will gather in Greensboro for their party’s state convention. With Wednesday’s news that Donald Trump is now the de facto Republican nominee we now know there will be no fight over delegates. But that doesn’t mean there won’t be some drama. Last week, the Republican Executive Committee ousted the party’s Chairman Hasan Harnett and elected Robin Hayes in his place. It’s been seen by some as the establishment striking back against a grass roots supported anti-establishment Chairman.

On May 4, WFAE’s Tom Bullock interviewed Hayes and has this report.

Durham County Board of Elections Chairman Bill Brian defended his department against allegations of inaccuracy Tuesday.

A complaint filed by the state Republican Party’s general counsel last Friday accuses the board of “malfeasance” in its tallying of votes on Election Day.

Democrat Roy Cooper is claiming victory in his bid to unseat Governor Pat McCrory, though results aren’t final. If he loses, the governor can trace the defeat in part to Mecklenburg County. Changing voting patterns and his stand on controversial issues, including I-77 tolls, have eroded the former Charlotte mayor’s popularity at home.