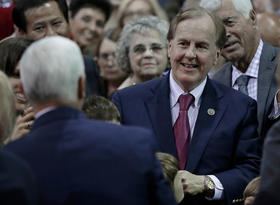 On the whole, Republicans have outraised Democrats in North Carolina's 13 federal House races, but Democrats are still hoping to flip a few seats come November.

Red districts in North Carolina outnumber blue ones 10-3, the most lopsided differential in decades. Democrats argue that gerrymandered maps heavily contributed to the results, and political observers say it will take a concerted effort to flip any of the red districts this year.

"I could easily see the Congressional delegation being split 10-3 just like it is coming in to the election," said David McLennan, a Meredith College professor of political science and director of the Meredith Poll. "Because, again, none of these are what you might call a toss-up district."

Some political forecasters see a blue wave developing in which Democrats take control of Congress. McLennan said he predicts only a 50 percent chance of that happening. At least for the time being. He said it's almost certain that Democrats will pick up some seats, but gives Democrats a smaller chance of picking up the 22 seats necessary to take control of the House.

North Carolina Democratic Party Chairman Wayne Goodwin said his office has targeted four seats it wants to flip, with a special attention on two he sees as particularly vulnerable. If Democrats were to take four seats in North Carolina, the delegation from this state would swing in its favor 7-6.

Budd said he expected his district to be the most competitive race almost immediately after the election two years ago, but that others weren't as quick to recognize his point of view. That's slowed fundraising. "It has taken time to impress on people that this is going to be the most competitive race in North Carolina," he said. "It's really taken time for that message to sink in."

He pointed out that although it will be a competitive race, the district isn't full of people who are still debating on who they will vote for. "The district is both urban and rural. It's not purple, it's red and blue," he said.

As for strategy, Budd has positioned himself as a Trump supporter who will run on the president's agenda items, including national security and tax reform.

Pittenger's re-election campaign did not respond to WUNC's questions about the upcoming election. Neither did the N.C. Republican Party.

Ferrel Guillory, the founder of the Program on Public Life and now an adjunct professor in the UNC-Chapel Hill Department of Public Policy, called Budd an "accidental Congressman" in part because he survived a primary with 17 candidates in a brand new district. "Congressmen tend to be more vulnerable on their first re-election try," said Guillory. "He's a particularly vulnerable candidate."

Although redrawn, Democrats argue districts in North Carolina are still gerrymandered, something that will unfairly affect the outcomes of the 2018 elections. Last Congressional election, for example, Republicans took 10 House seats while winning just slightly more than half of the votes. If districts were drawn perfectly evenly by party affiliation, Republicans would have won just seven seats. 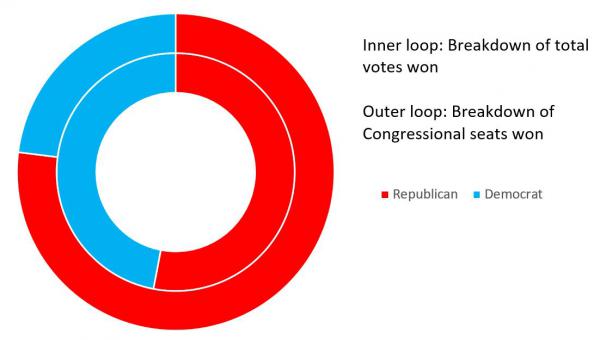 In District 13, which includes parts of Greensboro and High Point, Democrat Kathy Manning had raised close to $1.2 million, while Budd had raised $846,000 through March 31. Manning also faces a primary challenger, Adam Coker, who had raised $47,000 through the first quarter.

In District 9, which stretches from the suburban areas of southeast Charlotte through rural areas toward Fayetteville, Democrat Dan McCready had raised more than $1.8 million by March 31, ahead of both Pittenger, who raised $1.1 million, and Harris, who raised $528,000.

However, looking only at funds raised by the candidates in those races doesn't tell the full story. The national parties as well as candidates in safer races can divert some of their cash. For instance, Republican Patrick McHenry of the 10th District is seen as both a good fundraiser and in a safe race. He had raised $2.1 million through March 31, while his Republican and Democratic challengers combined had raised just $46,000.

Democrats in all North Carolina congressional races had raised a combined $5.8 million through March 31. Republicans had raised $11.9 million.

Goodwin said the Democratic Party will also target the 2nd District, which runs a half moon east of Raleigh and the 8th District, which includes Southern Pines, Albemarle, and some parts of suburban Charlotte.