North Carolina is overhauling its Medicaid program to try to hold down costs while improving care. Health leaders submitted the plan to the federal government recently after adjusting it based on public feedback.

North Carolina's Republican lawmakers and governor agreed in September on overhauling the health insurance program for the poor and disabled. Health Secretary Rick Brajer says it changes incentives in several ways. First, the state will tie payments to outcomes, rather than simply paying doctors based on how much they do.

"Second is that we're moving from a system where the entire risk of cost overruns is borne by the state toward a system where risk is shared between the provider and the state," Brajer says.

The state will do that through contracts with insurance companies and groups of doctors and hospitals. Patients will choose which is in charge of managing their care.

More than 750 people commented on the plan, mostly at public hearings or online. Many asked the state to make it easy for patients to figure out where their old doctor falls in all this. 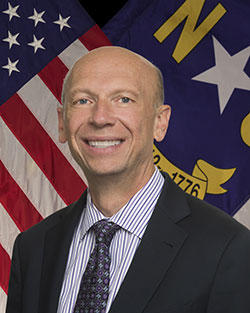 "Even in circumstances where a patient doesn't make a choice for a doctor, we'll go into our systems to see where they've been going to receive services, and we'll auto-assign them to the physician that they've already been choosing," he says.

Or if they want to change their doctor, Brajer says they can.

Another theme from the public comments was that doctors are concerned about new administrative nightmares. For example, an insurance company using one set of quality metrics, a doctor-and-hospital group using another.

"We'll have a common set of performance measures that plans will be required and incented to use," he says. "There will be uniform credentialing processes. And then there were other requirements such as ones for prompt payment."

A lot of comments were about something that will not be factored into the overhaul. Many speakers called for North Carolina to expand Medicaid under Obamacare. The state's Republican legislative leaders have shown no interest in that.

Brajer expects the federal government's review of the plan to take about a year and a half.