Meadows Hailed At Home For Failure Of GOP Health Bill 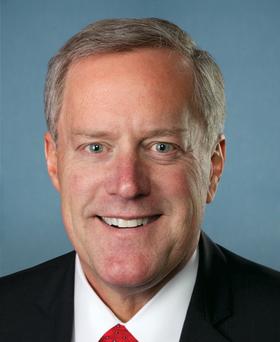 President Donald Trump's defeat may be U.S. Rep. Mark Meadows's victory. The North Carolina Republican is enjoying an outpouring of support from conservatives in his home district.

Meadows represents the 11th Congressional District in western North Carolina. He is also head of the Freedom Caucus, the conservative bloc in Congress that scuttled the president's plan for repealing and replacing the Affordable Care Act, colloquially known as Obamacare.

For Meadows and like-minded conservatives, Trump's plan did not go far enough in trying to erase Obamacare. His stalwart opposition to Trump and the political establishment seems to be playing well across the 16-county-wide district he represents.

"Mark Meadows is not afraid to take a stand," said Ralph Slaughter.

Slaughter recently ended a seven-year run as chairman of the Jackson County Republican Party and he is a one-time neighbor of the congressman's in Cashiers, North Carolina.

"What he has told the people when he was running for re-election this year and what he has said all along is that he wants to come up with a plan that will benefit all Americans, not just a few," Slaughter said.

He added that among the people he has spoken with about Meadows's stance "I would say that 70 to 80 percent are very positive."

Meadows is being hailed in Yancey County too.

"We find that he is not a campaigner in rhetoric only but have found him to be true to his convictions and for that it's appreciated," said John Anglin, who was just re-elected Saturday to his second term as chair of his county's GOP chapter.

Republicans in the 11th District feted Meadows at a rally Monday in Waynesville, which is in Haywood County. Aubrey Woodard made the drive from Brevard, in Transylvania County, to join the rally. Woodard was his county's GOP chair and is now running for the 11th District chairmanship. Woodard said he has been to party conventions across the district in recent weeks and that support for Meadows is strong.

"Probably 95 to 98 percent in favor of the position," Woodard said.

Woodard said the 11th is a very conservative district and that Meadows was elected, at least in part, on the promise of a complete repeal of Obamacare.

House Republicans in D.C. are expected to vote tomorrow/today/Thursday on the proposed bill that would repeal and replace the Affordable Care Act, commonly referred to as ‘Obamacare.’  One Congressman who won’t be voting in favor of the measure is Mark Meadows.

At least three Republicans in North Carolina's Congressional delegation are not satisfied with the GOP's plan to repeal and replace the Affordable Care Act.

As Republican leadership in D.C. introduce their plan to repeal and replace the Affordable Care Act, supporters of the law in Western North Carolina are clinging to hopes nothing to it will change.

Congress was in recess last week, meaning some but not all members were holding town hall meetings with constituents back home.  Members of Western North Carolina's congressional delegation were NOT holding such meetings however.  So residents of Clay and Cherokee Counties held their own.

It was standing room only at the Clay County courthouse in Hayesville, as more than a hundred locals turned out for a town hall meeting on the Affordable Care Act— known as “Obamacare” to many—and what is to become of it.

WNC Congressman Getting Larger Role With GOP In Control

Smoky Mountain News political reporter Corey Vaillancourt was in Washington D.C. last week for the inauguration of president Donald Trump.  He was also able to talk to Republican Congressman Mark Meadows of Western North Carolina.  Meadows role figures only to grow as the GOP controls not just both chambers of Congress, but the White House as well.