In ‘The Marginalized Majority,’ Personal Identity Is Key To Political Progress 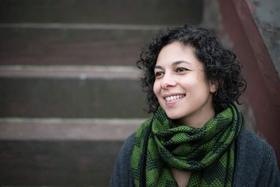 Identity politics are often criticised for being a divisive force in America. But writer and activist Onnesha Roychoudhuri came to a personal realization that they are also key to building important social movements. Roychoudhuri developed this idea after years of working as a journalist and trying to ignore her personal identity in the name of objectivity.

Today she taps into her personal story as a biracial woman in recognizing how revolutionary movements like the fight for civil rights manifested because they were rooted in identities that were outside of the dominant narrative. In her new book “The Marginalized Majority: Claiming Our Power in a Post-Truth America” (Melville House/2018), Roychoudhuri reviews political movements through history and argues that American voices who feel disenfranchised still hold the power to make enormous change.

Roychoudhuri speaks with guest host Anita Rao about the #MeToo movement, looks back at Occupy Wall Street, and considers how news comedy has moved beyond cynicism. Roychoudhuri will speak about her book at Flyleaf Books in Chapel Hill on Thursday, July 26 at 7 p.m. and at The Pinhook in Durham on Saturday, July 28 at 6 p.m.