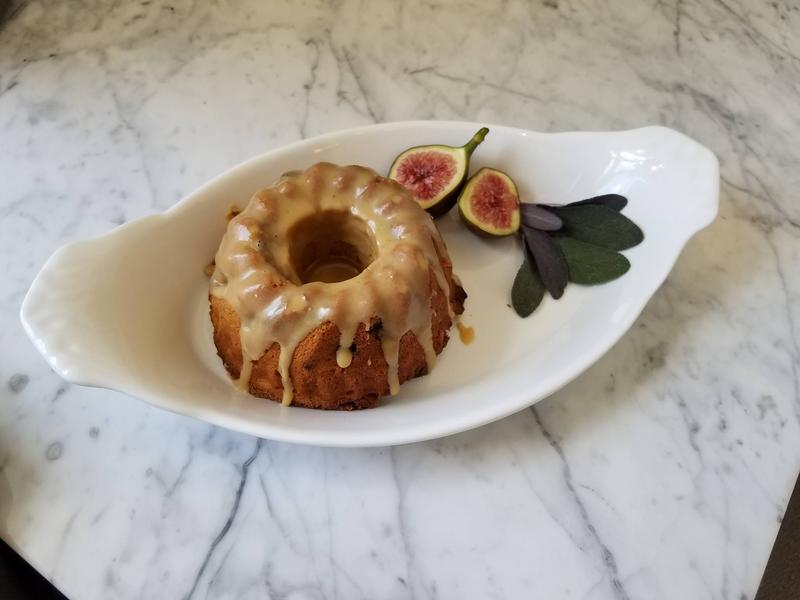 And now for something sweet on the eve of the 2016 Election. It’s an issue everyone can support no matter who you’re voting for: the power of desserts. Two bakers in Asheville have resurrected a tasty treat from the 1700’s known as Election cake. WFAE’s Sarah Delia spoke with the bakers who are out to “Make America Cake Again.”

If this election cycle has left you with a bitter taste in your mouth, the owners of OWL bakery have a palate cleanser for you. It’s rich full of American history, patriotism…and a bunch of sugar, eggs, and booze.

"Food is probably the most primal icebreaker," said Susannah Gebhart the owner of OWL Bakery.

"Wouldn’t it be wonderful if cake could be at the center of our Election Day celebrations once again?" said Maia Surdam a part owner and manager of the bakery.

This election year has been far from sweet, but Gebhart and Surdam are out to add some sugar to November 8thwith a dessert called Election cake. A woman named Amelia Simmons published the recipe for the sweet in 1796.  Not much is known about her other than she described herself as an American Orphan and that the book was published in Connecticut…and of course that she baked. 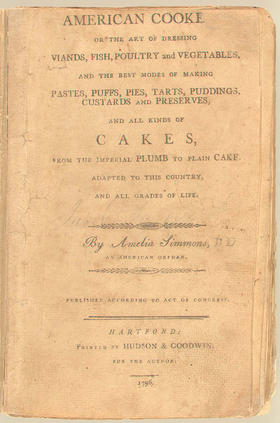 Women, who were not allowed to vote at the time, would bake and then bring the cake to the masses at the polls.

"In some ways baking and sharing these cakes was a way women who didn’t have the vote could still participate in the political culture. Not just making the cakes for those folks at the polling places but there would be parties and other events surrounding Election Day," said Surdam.

It should be noted that this Election cake was previously known as a dessert called “muster” cake which was popular before the American Revolution. It was baked by colonial women and then brought to men in military training.

The the last day to grab a slice of Election cake at OWL Bakery is appropriately November 8th.  And they’ve encouraged other bakeries and home bakers around the country to try out the recipe. They even have a hashtag for the dessert call to action so people can follow along on social media #MakeAmericaCakeAgain.

When people take a bite out of the sweet treat, hopefully they can be a little more reflective than they would be biting into just any dessert.

"If this cake symbolizes the celebration that would have happened in the early days of the country around the new democracy and the ability to vote even if it was limited, then perhaps us making this cake can bring back an awareness of celebration of this thing we might take for granted," said Gebhart.

That’s a lot of symbolism and history packed into one cake. And they don’t take that lightly. 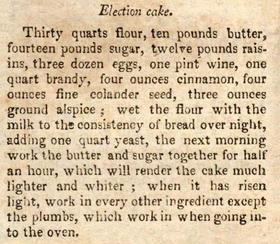 The feedback from Asheville and all over the country has been overwhelming. Surdam remembers one women in particular who called the bakery to place her order.

"She placed an order for the cake and we had a brief conversation and she said that if there was ever an election season when we needed an election cake, this was the year. That really brought a smile to my face to think that we could in some small way be contributing something positive to this election season."

Gebhart adds coming to a table and breaking bread…or cake…as the case may be, has the potential to break barriers opposing sides have put up between one another this  year.

"It’s so easy to stigmatize somebody who is voting differently than you are and it’s hard to sometimes understand the values that drive decisions, and food is something that we all share," she said.

There’s nothing like a good piece of cake paired with civic duty.

We may never see another election like 2016.  That's especially true in North Carolina.  The state could end up deciding the presidential election, but also which party ends up in the majority in the U.S. Senate.  There's also the governor's race, one of the most watched and spent on in the country this year.  After all those high profile elections, voters still must decide local races for seats in the General Assembly and County commissioners.

The WCQS news team set out to create a snap shot of what this election has been like in western North Carolina.  Enjoy!

Voters head to the polls Tuesday to decide the 2016 election.  Polls are open between 6:30 am and 7:30 pm.  You can find more information, including your polling place at the North Carolina State Board of Elections website.