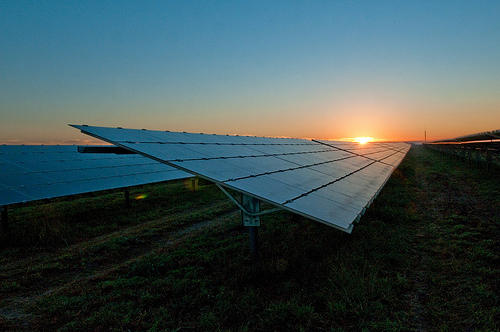 It's a wide-ranging measure that's getting rare support from both utilities like Duke Energy and renewable energy advocates. Sponsors of the bill say it's the product of nearly a year's worth of negotiations between the two.

The proposal ends the state's ban on third-party energy sales. Homeowners and businesses would be allowed to lease rooftop solar panels, rather than buy them. And it would set up a competitive bidding process for solar companies to sell power to utilities.

“It really wasn't tied to the market rate for solar, so in the competitive bidding process, we're able to take what the market is bearing versus some cost the commission had set forth,” Wheeless said.

Renewable energy groups are touting the bill's requirement for Duke Energy to extend its use of solar and bio-fuels.

The bill was introduced this week and has already passed through two committees. It's expected on the House floor today.

The Cape Lookout Lighthouse on the Crystal Coast will switch to a solar-powered system this week.

What Record Tax Credits Means For Future Of Solar Energy

The North Carolina Department of Revenue gave a record number of tax credits last year for renewable energy use.

'Sustainability' is the big buzzword in Buncombe County government this year.  This week, county commissioners passed three measures dealing with sustainability.  They include creating a county government office focusing solely on sustainability efforts, as well as replacing of 47-thousand light fixtures at schools and a new solar energy farm near a landfill in Woodfin.

Duke Energy has put out a call to renewable energy developers for new projects in the western part of the state. It's part of the company's push to meet a state mandate to generate more energy from sources other than fossil fuels.