NC State has something called the speech permit policy. It requires student groups to get written permission from the school before engaging in any type of solicitation.  The school has had the policy since 1993. But it's barred from enforcing it at least for now, since a federal judge granted a preliminary injunction against NC State over the weekend.

In September of last year, a student and a pastor of the campus group, Grace Christian Life, walked around the student union handing out contact information and inviting people to attend worship services. A school administrator told them they were violating the university’s speech permit policy. 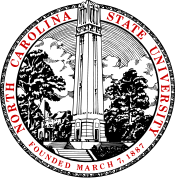 Tyson Langhofer is a lawyer representing the group and senior counsel with Alliance Defending Freedom, a conservative group that takes on religious freedom cases.

He says NC State’s speech policy is applied selectively and suspects the group is being targeted because it's a faith organization.

NC State would neither speak about the lawsuit nor the policy. The school did issue a statement after the injunction saying that solicitation by student groups is approved without regard to content or topic and that students “can continue to engage others in conversations about their faith on campus.”