An Incumbent Fights For His Political Life In The #metoo Era 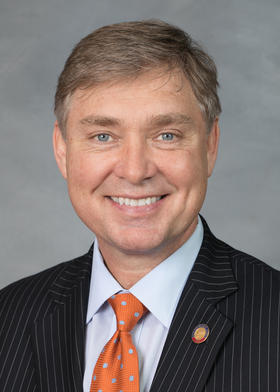 Duane Hall stands behind a large wooden desk on the second floor of his law office in downtown Raleigh. The Governor’s Mansion is visible out the window. That’s where Hall used to shoot baskets with his friend, Governor Roy Cooper, and where he proposed to his now fiancé last December. It doesn’t feel so close anymore. These days Representative Hall is, perhaps, the loneliest man in North Carolina politics.

Across town, his challenger in the May 8th Democratic primary sits at a long table in the front room of her house – with streaks of pink hair and a nose ring. As a first-time candidate running in the 11th NC House district, Allison Dahle is naturally optimistic, and even floats the idea of changing the seating arrangement in the General Assembly if she gets elected, in an effort to better build consensus.

“The basis of my campaign is equality,” says Dahle. “Equality is the start of everything and it’s how we can make everything work, but if we’re not equal there is constant friction.”

Dahle describes herself as a woman, who happens to be a lesbian, wanting to serve her community.

Since 2013 Hall has served portions of that Wake County community. He has compiled decent name identification, deep campaign pockets, and aspirations of higher office. A few months ago, that all seemed to vanish overnight when NC Policy Watch, part of the progressive North Carolina Justice Center, published an article detailing unwanted kissing and persistent sexual innuendo by the Democratic lawmaker. His political allies departed quickly, like a flock of birds heading south for the winter. Hall did not answer calls to step down, calling that piece a “personal vendetta” during a phone interview with WUNC in February.

“The father of my ex-girlfriend is the executive director of NC Policy Watch,” Hall explained. “They worked on the story for months and released on the last day of primary filing, with unnamed sources. They have a journalistic obligation to disclose those personal conflicts, but did not. There is a big difference between reporting a story, and creating a story.”

Hall declined a recorded interview for this story. He concedes inappropriately kissing a party official two years ago in front of an audience, calling it a poorly executed joke. He has repeatedly said that he has not sexually harassed anyone. These allegations have stained his reputation. And in this moment of sharp political rhetoric and frequent personal attacks it would be natural to expect the harassment issue to be central in this primary race.

But Dahle, at least initially, refused to do that.

“It’s not my job to attack him,” she explained in an interview with WUNC. 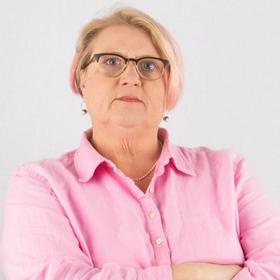 Dahle does not pivot or harp on the harassment issue. She ticks off some of her former jobs. She has worked in law offices, at theaters, with the government, and helping people with disabilities.

“I have spent 54 years of my life not going after people, and I don’t feel like that’s a way to get anything done,” she says. “I’m not happy with what he’s done. I don’t agree with it, but you know...”

She criticizes Halls vote on House Bill 142, the measure that some touted as a repeal of House Bill 2, and mentions a greater need for women to serve as elected officials.

For his part, Hall labels himself an effective Democrat in a Republican-led legislature. During a recent conversation, he says he passed more bills than any member of the minority party last year.

However, despite the efforts by either candidate, this race is not about policy differences. It centers on personality and ultimately boils down to the accusations, and how it will influence voters.

Dahle’s camp wants her to use it more frequently. And she's navigating how to go after the incumbent. A day after her initial interview with WUNC, she took to twitter:

I won't dance around the issue. My opponent has sexually harassed women. Despite Gov. Cooper's call to step down from his seat, he refuses. So let me be clear: I believe these women. There is no place for harassers in our state government. Period. #ncpol #ncga #TimesUp— Allison Dahle (@AllisonForHouse) April 11, 2018

These types of allegations have led to resignations from Congress as well as a number of legislatures across the country. However, this election marks one of the first test cases of how an accused elected official may fare at the ballot box in the #metoo era.

“If he were to address the situation head-on and be honest and contrite, he could probably save himself a few votes,” says David McLennan, a political science professor at Meredith College. “But if he continues to act like a lawyer and fight and say it didn’t happen, and blame the people who wrote the story, he may lose.”

McLennan happens to live and vote in the 11th district. He says Hall has yet to give a sufficient explanation for his alleged behavior, and the entire saga is may affect McLennan’s own choice.

(Updated at 2:15 p.m.) A state lawmaker accused of sexual harassment says he will not resign from his seat, despite calls from leading members of his party to step down.