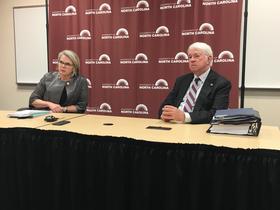 Even after a 2 percent tuition increase, however, North Carolina public universities would still rank among the cheapest when compared to respective peers.

In dollar terms, in-state students would see an average increase of about $155, according to a proposal reviewed by the UNC Board of Governors on Friday. The board oversees the 17 institutions in the University of North Carolina System, of which UNC-Chapel Hill is the flagship. 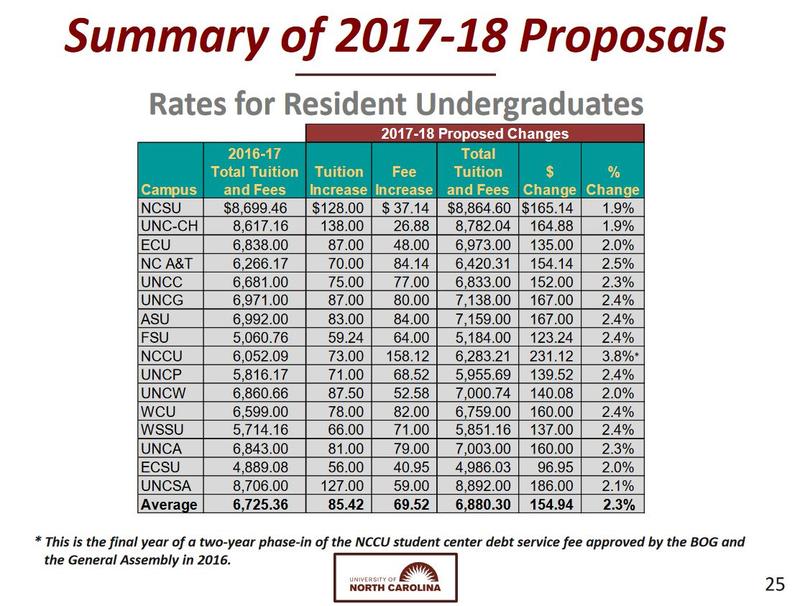 The increase would bring average in-state tuition for all schools to $4,352, though tuition for UNC-Chapel Hill and N.C. State University are higher. Just last year, the General Assembly stipulated a tuition freeze for any student who stays continuously enrolled. This tuition increase would apply only to new students, or the incoming freshman class.

Board members received a report Friday, and will vote on the proposed increases at the March meeting.

"I think they're very reasonable, and I didn’t hear a lot of controversy about that from our board members at this meeting," said board chairman Louis Bissette. 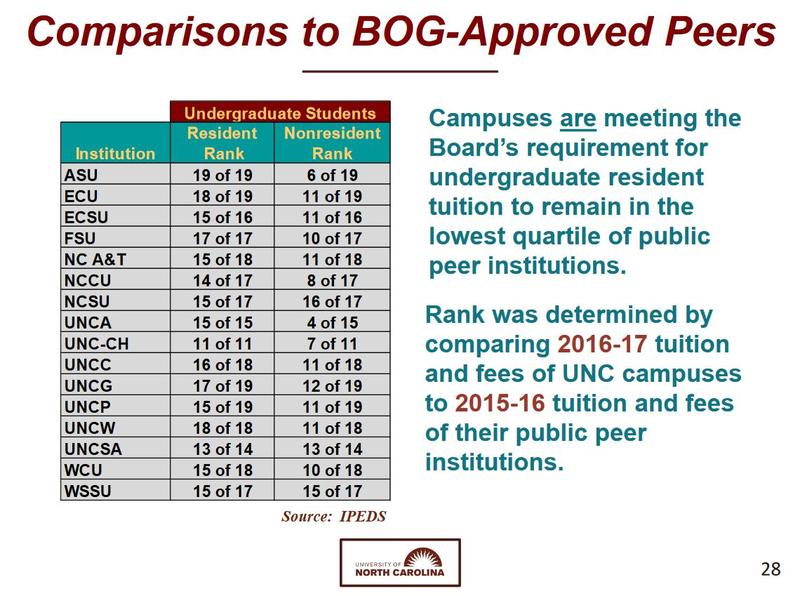 Tuition for in-state students who attend UNC system schools is very affordable, compared with peer universities around the country, something university leaders have long touted. The low tuition comes in part because of the generosity of the taxpayers, as the state appropriates about $2.7 billion to the UNC system annually. For context, state taxpayers spend about $1 billion on the community college system and $8.5 billion on K-12 education. 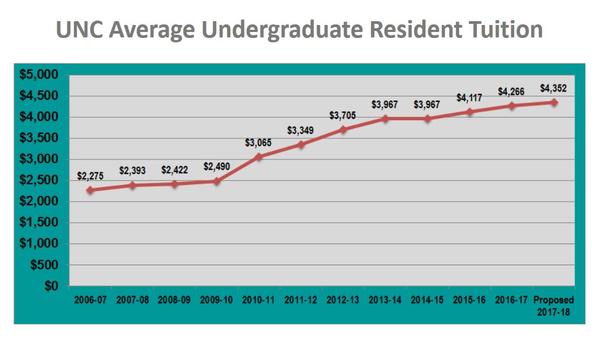 The biggest of those increases came in the years directly following the recession, however, and tuition increases have leveled off since 2013.

"(It is a) very responsible, modest increase," said system President Margaret Spellings. "And frankly, growth in the system is our friend."