"If you live in one of those areas where you've seen flooding in the past, it is quite likely that you will see flooding with this event,” Lee said. “For that reason, we are asking you to voluntarily evacuate before those floodwaters rise.”

In the Wilmington area, officials are bracing for flash flooding and possible widespread power outages.

Schools close early throughout the region

Schools across eastern North Carolina are releasing students early today ahead of possible impacts from the storm. Duplin and Robeson County schools closed at 1 p.m.. Schools in Cumberland, Harnett, Hoke, Moore, Sampson and Wayne Counties are letting out 2 hours early. Johnston County Schools are canceling all after-school and weekend activities.

Wilmington Mayor Bill Saffo warned residents the eye of the storm is projected to come within 25 to 30 miles offshore. 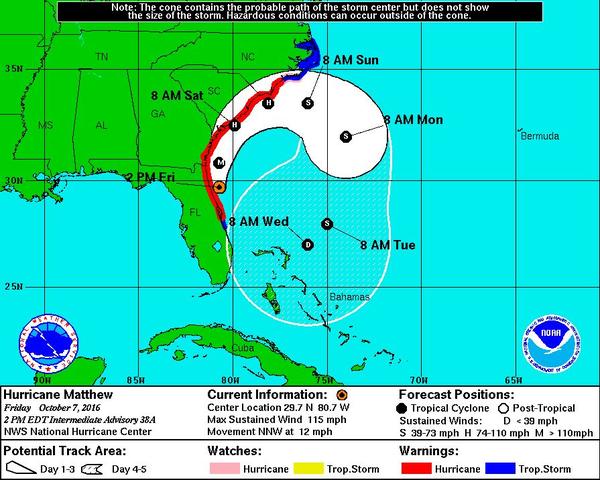 Shelters are opening in counties across the southeast today. The storm is expected to hit tomorrow morning bringing heavy rain, flooding and tropical winds.

Meanwhile, price gouging laws are now in affect across the state as the hurricane makes its trek up the coast. Those state laws prohibit businesses from charging too much for critical goods and services in times of crisis. The laws were triggered when Governor Pat McCrory declared a state of emergency.

“Downed trees are expected throughout any of these corridors because of the strong winds and saturated soils,” McCrory said. “Flooding is likely especially on Saturday, when the heavier rain will be coming, although much of the rain is starting tonight.”

Forecasters say the Triangle area could see up to three inches of rain this weekend. The coast could get up to 15 inches.

“With these strong winds there is a very strong likelihood that your power will go out,” McCrory said in a livestreamed press conference  Friday. “Don't assume because your power is out, you're going to be priority. Because these men and women who are riding these trucks are gonna have to make some tough decisions about where to go. And of course, a lot of these trucks are also in South Carolina.”

McCrory said people should be prepared for several days without power. 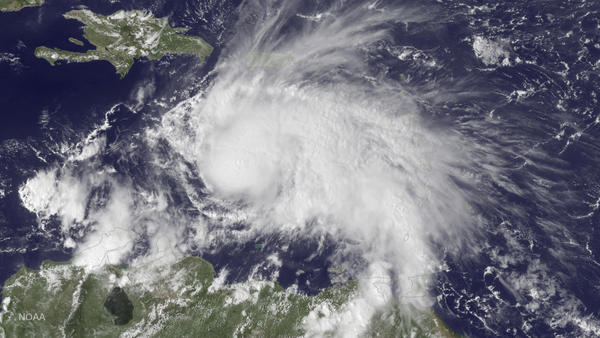 In South Carolina, Gov. Nikki Haley said the forecast for the state appears to have gotten worse: There are now hurricane warnings for the entire coast and the latest projections from the National Hurricane Center show the center of the storm very close to the coast near Charleston early Saturday morning. Earlier projections had the hurricane farther offshore. North Carolina has deployed vehicles, equipment and personnel to South Carolina.

At a news conference Friday, Haley warned residents that South Carolina is now looking at major winds, major storm surges, and flooding that could compare to the historic floods of last October. Power outages are also expected.

Haley said an estimated 310,000 people have now fled from coastal areas and said "this is the last time you will hear my voice when I am asking you to evacuate." She said everybody along the coast needs to consider getting inland.

In Georgia, prison officials announced that they had moved more than 1,500 inmates from facilities in coastal counties to other lockups farther inland as Hurricane Matthew approaches.

Georgia Department of Corrections Commissioner Homer Bryson announced Friday that 1,286 inmates at Coastal State Prison and 257 offenders housed at Coastal Transitional Center had been moved from those Chatham County facilities by 7:30 a.m. Friday.

'The Situation ... Is Truly Catastrophic'; Hurricane Matthew Slams Into Haiti

Updated at 4:45 p.m. ET with further states of emergency in the U.S.

Hurricane Matthew crashed into southwestern Haiti as a Category 4 storm Tuesday morning, dumping rain and scouring the land with maximum sustained winds of 145 miles per hour.

It is the first Category 4 storm to make landfall in Haiti since 1964, when Hurricane Cleo also hit the island nation's southwestern peninsula.