How Sweeping Is Plan To End Litigation Over HB2 Replacement?

A deal was announced this week to end litigation over legislation that replaced House Bill 2. The proposal would allow transgender people to use public bathrooms that correspond with their gender identity…that is only in agencies that are under the governor’s control. But the settlement is missing the approval of one notable defendant: the state legislature. It would also need the approval of a judge.

Shannon Gilreath, a law professor at Wake Forest University, talks about the deal and an executive order associated with it. 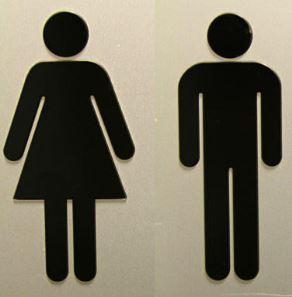 GILREATH: We're not talking about restrooms in spaces that we might colloquially call public like malls supermarkets that sort of thing. So the public isn't necessarily as public as it might seem at first blush with this consent decree.

BORAKS: So it's limited. And just to be clear it wouldn't apply to, for example, the Charlotte Mecklenburg Government Center restrooms?

BORAKS: So does this affect local school districts and schools?

GILREATH: That's a good question. My view is that that is actually somewhat unclear. Clearly the consent decree order specifically references Section 2 of House Bill 142. And set out in section 2 as entities that may not pass regulations permitting transgender people to use bathrooms and other facilities that don't correspond with the sex on their birth certificates are local school boards. The problem with the consent decree, or the ambiguity comes from the fact that local school boards are independently elected in North Carolina. Superintendents are then appointed by those school boards. So you know there is, I think, some question of whether those entities are directly under the control of Governor Cooper and the executive branch in a way that would make this consent decree actually stick to them. So we may find ourselves in a situation where unwilling school boards are not allowing transgender students to use restrooms of their choosing. And we are right back to another lawsuit.

BORAKS: So Republican leaders in the General Assembly were also sued along with the governor and other state leaders, but they weren't part of this settlement. And they've actually accused Cooper of going back on their deal. Do they have any weight in arguing that the judge should not accept it?

GILREATH: Oh, absolutely. And, in fact, even after the judge accepts that they could still sue to set it aside. So because you know they were explicitly parties to House Bill 142 and they are not parties to this consent decree. So, I think, they could reasonably say this consent decree does not bind us. And in addition to that of course they could pass legislation that takes these facilities out of the governor's control and, therefore, the consent decree would not have any legal effect. If I were the judge in this case what may counsel against accepting this decree is exactly those problems that you've pointed out which is the legislature itself is not bound by this decree, is not party to the decree, even though they were defendants in the lawsuit. And if I were a judge that would give me a pause about exactly how stable this really is as a resolution to this particular set of legal grievances.

BORAKS: Let's take a look at that executive order (that) came out the same day and it bars employment discrimination within Governor Coopers administration based on several factors like race, gender, sexual orientation, and sexual identity. It repeals a similar order by Governor McCrory in 2016 that sought to clarify HB 2. What does this order do?

GILREATH: Well, I mean I think the order is self-explanatory in the sense that Governor Cooper is saying that again in terms of those administrative departments under his direct control there will be no discrimination in hiring, promotion et cetera, based on the protected categories outlined in the in the order.

BORAKS: Now, the order also addresses businesses that do business with the state.

GILREATH: Well, so what the order says is that contracted businesses, right, business contracts which the state enters as a party...It will not enter into those agreements with businesses that in fact discriminate on the basis of sexual orientation and gender identity. So it's sort of a threshold, right, which businesses that want to do contracts with the state have to pass. And if they are discriminatory in their own hiring and promotion practices then the state won't do business with them.

BORAKS: Is this order unique to North Carolina?

GILREATH: Oh, not at all. No. In fact, North Carolina having not had this order it was something of an outlier. We do now have this sort of protection.