That shooting happened Jan. 8. Then, four days later, a Raleigh Police Department (RPD) officer shot a man wielding a knife on the side of Interstate 440 after a vehicle crash. RPD announced on Wednesday that the man, who has not been identified yet, died at the hospital from his injuries.

Finally, Durham Police officers shot a man early Wednesday morning who was allegedly attacking a clerk at a convenience store off of NC-54 and Interstate 40. The man died on the scene.

Each shooting is different, but there are some similarities in how they will be investigated. All of the law enforcement officers involved in the incidents have been placed on administrative leave pending internal investigations, and the State Bureau of Investigations will conduct the investigations that could lead to criminal prosecution.

Below are some questions with answers as to what will happen next.

It's up to the local law enforcement agency.

In many cases, the local police department will ask the State Bureau of Investigation (SBI) to assist or take over the investigation, but not always. In the three recent cases around North Carolina, the SBI was asked to help and those investigations have begun. 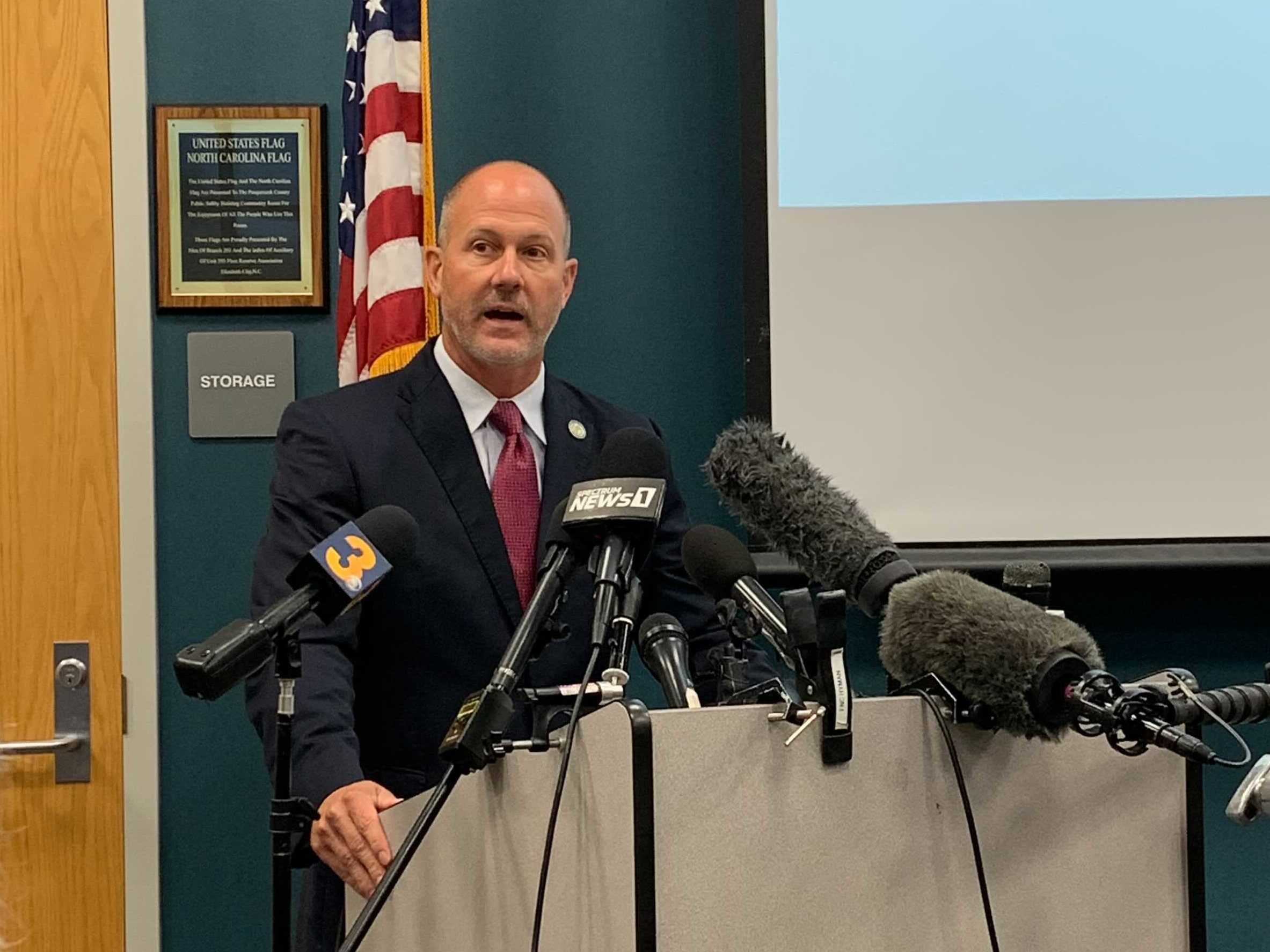 All materials from the investigation are turned over to the district attorney.

In the case of Walker, Cumberland County District Attorney Billy West has asked the North Carolina Conference of District Attorneys to handle any prosecution to avoid any perceived conflicts of interest.

It's possible that federal authorities could open an investigation and bring charges, but those would happen only if federal crimes were alleged. To date, no federal investigation has been announced in any of the three recent shootings.

Shelley Lynch is the public affairs specialist for the FBI Charlotte Division. She offered the following statement regarding any federal investigation in Cumberland County:

“We are aware of the shooting death investigation in Fayetteville and are in regular contact with local and state authorities. If, in the course of the North Carolina SBI investigation, information comes to light of a potential federal violation, the FBI is prepared to investigate.”

On Monday the Fayetteville City Council voted and approved a letter asking the U-S Department of Justice (DOJ) to help the SBI investigate the shooting of Walker.

The letter also asks DOJ to review the city's response to the incident. 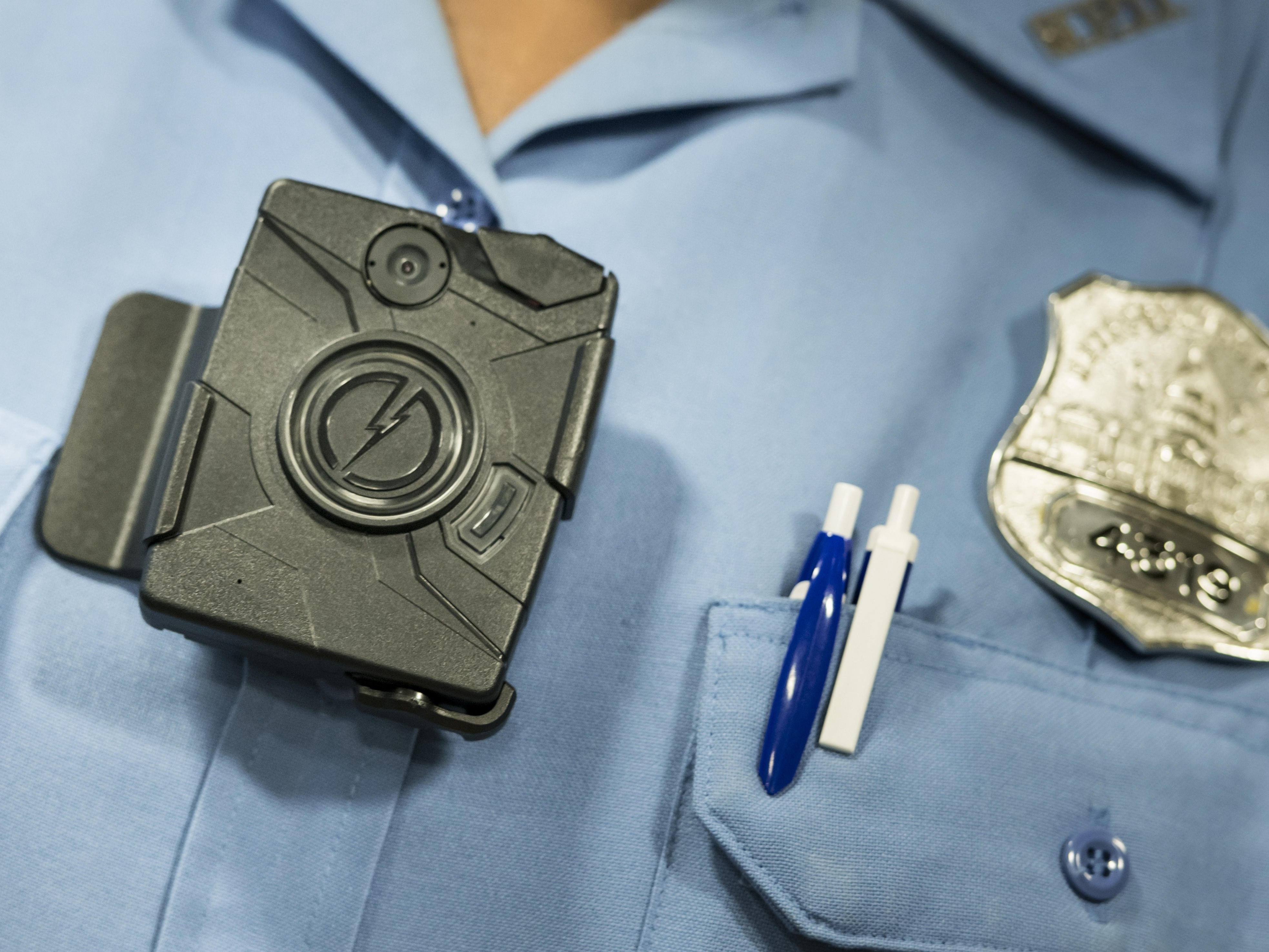 Not automatically. In North Carolina, body camera footage is released only through a judge's ruling.

In Fayetteville, because the deputy was off duty, he was not wearing any of his official gear, so the only body camera footage would be from any Fayetteville police officers who arrived at the scene after the incident. Fayetteville Police Chief Gina Hawkins is requesting the release of that footage, according to the Fayetteville Observer.

It's mostly up to the discretion of the local law enforcement agency or district attorney.

The SBI does not release any information from the investigation to the public, but some of that information could be released by local agencies. So far, police in Fayetteville, Raleigh and Durham have released some information through press releases or statements.

In the Fayetteville shooting, the off-duty sheriff's deputy said Walker jumped on the hood of his pickup truck and used the windshield wiper to hit the windshield. But bystanders who say they witnessed the events says the deputy hit Walker with the truck, according to WRAL.

Fayetteville Police Chief Gina Hawkins, in a press conference, referenced a "black box" inside the off-duty deputy's pickup truck and noted that the "computer did not record any impact with any person or thing."

She was referring to the Event Data Recorder (EDR) inside most passenger vehicles, which records technical data for a short period in case of a crash. These are less sophisticated than the so-called "black box" devices in airplanes, according to a spokesperson for the National Highway Traffic Safety Administration.

"Most vehicle EDRs capture data during a frontal collision, typically those causing visible damage to the vehicle," the spokesperson wrote in an email. "As a rule of thumb, if the crash is sufficient to cause the air bags to deploy, the EDR data are usually captured. Unless you have a significant event, such as a collision, pot hole or curb hit, the EDR does not capture data."