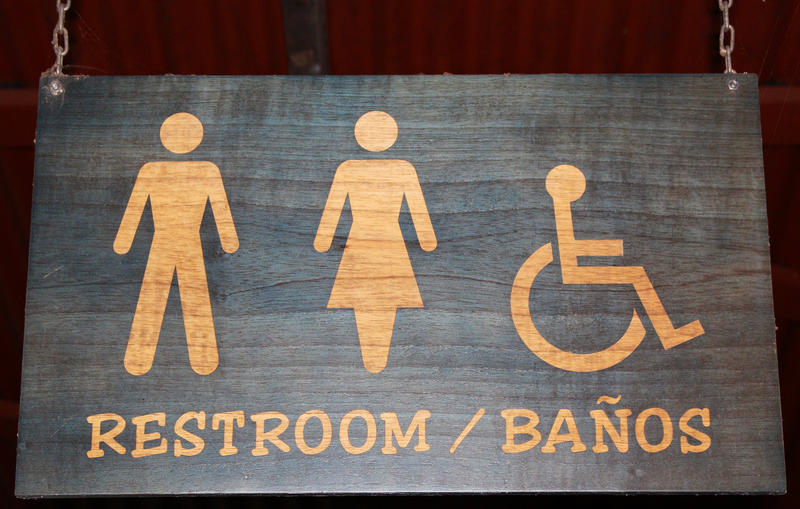 The case has been on hold pending the U.S. Supreme Court's hearing of a Virginia case involving a transgender student who sued to use his high school's male bathroom.

But Monday, the Supreme Court decided not to hear that case. Instead, the Fourth Circuit will determine whether Title IX protections against sex discrimination cover transgender students, too.

Greg Wallace is a professor at Campbell University's Law School. He says the federal judge in the HB2 case can now tackle that issue without having to wait for either the Supreme Court or the Fourth Circuit.

"Judge Schroeder in the Carcano case could go ahead and make his own ruling with respect to whether Title IX does include gender identity in its discrimination prohibitions,” Wallace said.

UNC - Chapel Hill School of Law Professor Maxine Eichner said the federal judge in the HB2 case must now decide if Title IX applies in transgender cases by looking at the statute's language.

"Which simply prohibits sex discrimination and that is a much vaguer dictate to apply in this case,” she said.

A hearing in that case has been scheduled for May 10. In a statement, the ACLU and and Lambda Legal, which represent four LGBT North Carolinians, said they look forward to being back in court.

“House Bill 2 represents an egregious attack on transgender people and their ability to participate in public life," the statement said. "While we continue to urge North Carolina legislators to repeal the law entirely, without still sanctioning discrimination, particularly against transgender people, we cannot wait for lawmakers to do the right thing. We will continue to fight for the rights of LGBT North Carolinians in court and beyond."

The move by the Supreme Court comes as the Trump administration takes steps to drop the federal government’s legal fight against North Carolina’s “bathroom bill.”

The Justice Department wrote in a motion last week that it needs time to rethink its 2016 request to halt North Carolina’s requirement that transgender people use restrooms in many public buildings corresponding to the sex on their birth certificates. The federal judge responded on Friday with a stay the freezes efforts started by lawyers working under President Barack Obama to block the law with a preliminary injunction.

The plaintiffs in the North Carolina case also make constitutional claims of discrimination.

In an interview with WCQS's Jeremy Loeb, Asheville mayor Esther Manheimer discusses legislative efforts to repeal House Bill 2, as well as a bill that could soon be filed that would split Asheville into districts for the purpose of electing city council members.

What Does New Guidance on Transgender Students Mean For NC Schools, HB2?

For nearly a year North Carolina has been front and center in the debate about which bathrooms transgender people can use, thanks in large part to House Bill 2.

Now, with the Trump administration's new guidance on transgender student bathroom use, there are a lot of questions about what this means for our state.

Bank of America CEO Brian Moynihan sees a lot of optimism over the U.S. economy following the election of President Donald Trump. But at a Charlotte World Affairs Council lunch Wednesday, he said North Carolina continues to lose out because of House Bill 2, the 2016 law that limits protections for LGBT people.