Have African-American Voters Lost Their Enthusiasm?

ShareTweetEmail
Listen
Listening...
/
Leoneda Inge reports on efforts to get African-American voters in North Carolina to the polls.

The battle for votes is in full swing this last week of early voting across North Carolina. Social justice and voting rights groups have been working especially hard to get African Americans to the polls. They say the demographic group holds the key to who wins on November 8th.

Even President Barack Obama will campaign in the state this week and so will Congressman John Lewis (D-Georgia) to try and excite a group of voters who have seemed to lose their enthusiasm.

Only about 20 North Carolina counties allow residents to cast their early votes on Sundays. So many churches participate in what’s known as “Souls to the Polls.”  As soon as church lets out, parishioners head to the nearest polling place. Last Sunday, at New Light Missionary Baptist Church in Greensboro, dozens of people walked to the polls.

“We need something with a little more upbeat. We need a little pick me up!" said L.J. Pettyjohn, 70, after marchers finished singing the popular civil rights marching song, "We Shall Overcome." 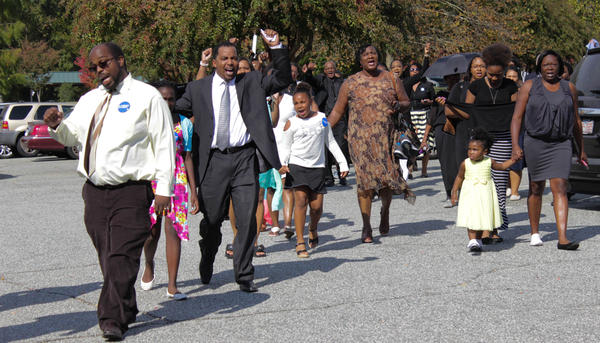 Michelle Foxx was another participant. Like many others, Foxx’s husband drove the one-and-a-half miles to the Barber Park voting site. But she walked, in style.

“If it were not for being forced, we wouldn’t have this privilege, so we are marching because we have this right to vote and we want to make sure every individual [has] that," said Brown.

Right now, early voting turnout in North Carolina for African Americans is lower than it was in 2012. And that’s got a lot of folks worried, especially Democrats.

Marcus Bass is the statewide campaign director for Democracy North Carolina, a non-partisan organization that advocates for voter participation.

“I am definitely worried, he said. "I think there’s been a lot of things in North Carolina since 2008 that will predict the youth turnout or more importantly, the minority youth turnout being very low." 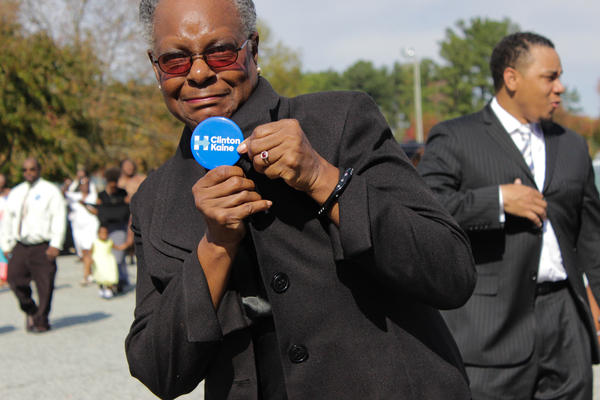 Bass says young African-American voters are not hearing a message that includes them.

“I think the 2008 election was an election about making history. This election is about safety and security and sustainability in a real way," said Bass.

Another reason why some voting rights advocates say African American turnout is down this year is because of how limited early voting opportunities were in the first week of early voting. Lines were so long, people just left. Some counties like Guilford only had one early voting site open at the start of early voting this year, surprising for its size. In 2012, more than a dozen polling places were open there.

Some would call that voter suppression.

Whether it’s voter suppression or depression, longtime voters like L.J. Pettyjohn said he’s optimistic, as he walked the last hill to the nearest polling place Sunday.

"I am hoping they would be inspired by it and if they hadn’t come on out and do it," Pettyjohn said pointing at houses he walked by. "Just may lift up a lot of people who’s looking at us doing this and say, 'It’s time for me to get off my dusty and get out here and vote'.”

Note: The photos in this gallery are part of a collaboration with students and faculty at the School of Media and Journalism at the University of North Carolina, Chapel Hill. 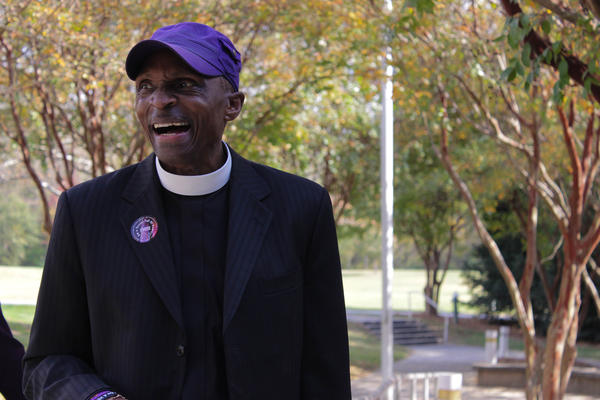 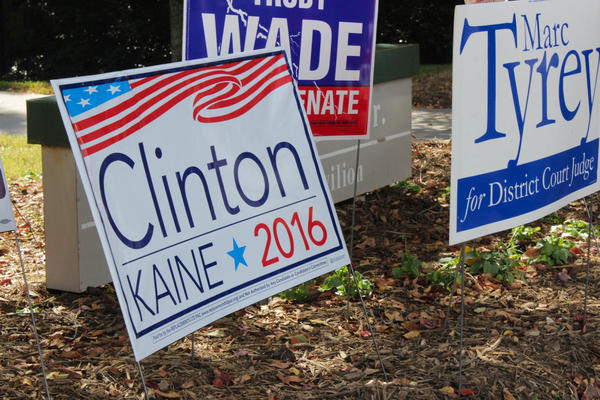 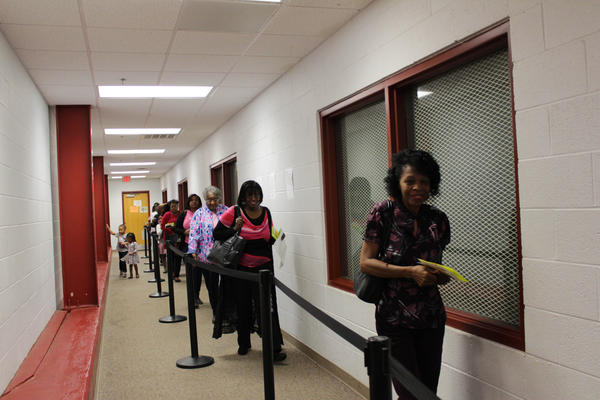 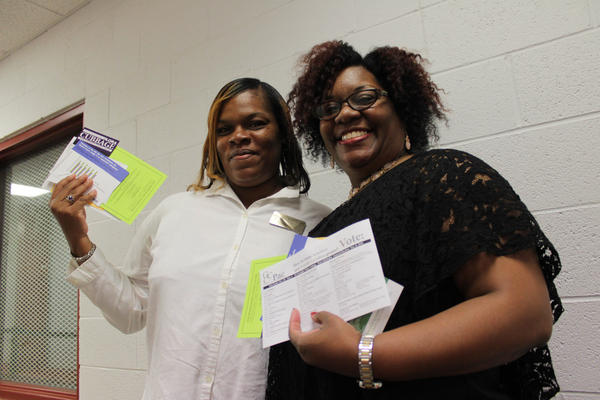 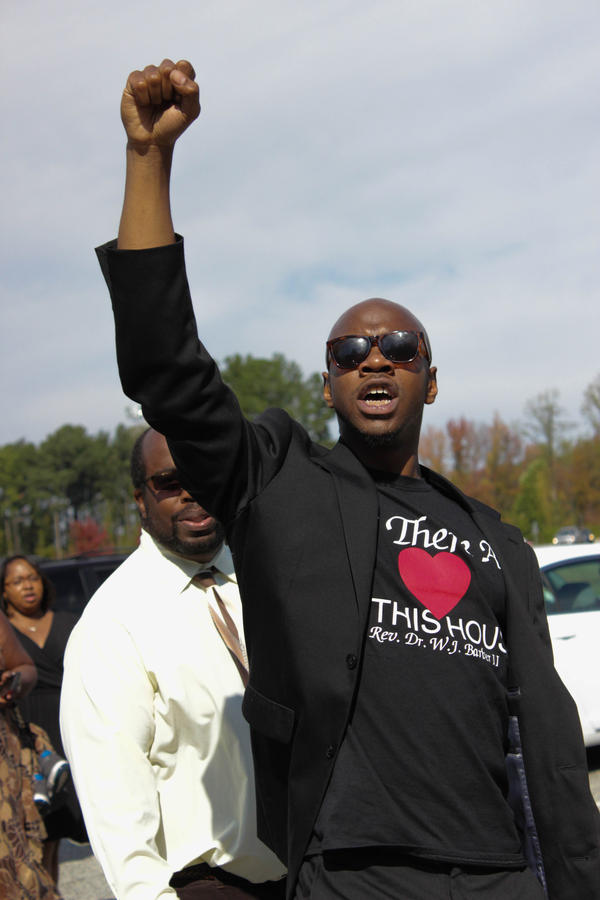 The state chapter of the NAACP is asking a federal court to stop local elections boards from canceling voter registrations.

The lawsuit says the court should restore thousands of voters who have been removed from the rolls in Moore and Beaufort Counties because of individual challenges.

NC's Asian-American Electorate Grows, But Will They Vote?

Listen
Listening...
/
Leoneda Inge reports on the growing Asian American electorate in North Carolina and the group's importance in the upcoming election.

It also shows this group of largely independent voters could turn out to be a key swing vote in this upcoming election – if they show up at the polls.