Hate Crimes Up In North Carolina 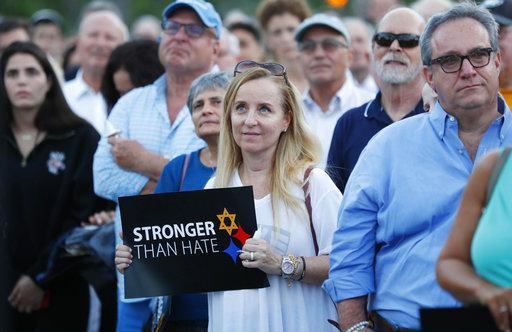 Hate crimes across North Carolina have been increasing in recent years.

But that year-over-year figure shows that 2016 was actually the outlier. In that year, hate crimes decreased from 2015, something that was taken with cautious optimism by some at the time. In 2017, however, hate crimes increased again, surpassing even the 2015 high.

Hate crimes statistics – as with many other crime stats – are collected by the Federal Bureau of Investigation from local police departments and sheriff offices around the nation. The FBI then combines the data into various reports that are viewed as the gold standard for understanding crime trends in the United States.

Still, they are almost certainly an undercount. Reporting to the FBI is voluntary, and not every local law enforcement agency participates. Also, experts say not all hate crimes are properly marked by an officer responding to an incident. The FBI's annual hate crimes report defines hate crimes as those motivated by bias based on a person's race, religion or sexual orientation, among other categories.

Some of the increases could be the result of better reporting by police departments, but law enforcement officials and advocacy groups don't doubt that hate crimes are on the rise.

"This report provides further evidence that more must be done to address the divisive climate of hate in America," said Jonathan Greenblatt, the chief executive officer of the Anti-Defamation League. "That begins with leaders from all walks of life and from all sectors of society forcefully condemning anti-Semitism, bigotry, and hate whenever it occurs."