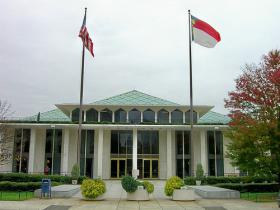 Governor Roy Cooper is calling state lawmakers into a special session to redraw election maps. The unexpected announcement comes with the political boundaries having been struck down in the courts as illegal racial gerrymanders.

“But at the end of the 14 days, if they haven't drawn the maps and they're still dragging their heels, then I think the court is fully entitled to step in and draw the map,” Cooper said.

The special session is set to begin Thursday, however, lawmakers are not obligated to draw maps as he requests.

Cooper told reporters it's time new boundaries are drawn because the General Assembly has been operating under illegal lines since 2011.

The U.S. Supreme Court this week upheld a lower court ruling throwing out 28 legislative districts. That lower court could decide special elections under new boundaries should be held this fall.

On Race And Elections: N.C. Now 0-3 Before U.S. Supreme Court

North Carolina is now zero for three before the U.S. Supreme Court this year. Monday, the high court upheld a ruling which found that 28 state legislative districts are illegal racial gerrymanders.

The Supreme Court had already struck down North Carolina's voter ID law and found two congressional districts were also racial gerrymanders. After those earlier rulings the Republican leaders of the General Assembly criticized the court. This time there's a surprising claim of victory by those who helped draw the illegal districts.

The Supreme Court has upheld a lower court ruling that struck down 28 state House and Senate districts in North Carolina because they violated the rights of black voters. But the justices rejected the court's order to redraw the districts and hold a special election.