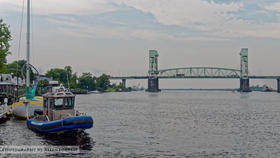 Filmmakers have spent less and produced fewer projects in North Carolina in the past two years.

That's when the state changed its film incentives program to a capped-grant program. Before the change, state taxpayers offered credits to filmmakers with a project cap but no statewide limit.

Johnny Griffin is the director of the Wilmington Regional Film Commission. He markets the area to film producers. Griffin said the Wilmington area has seen fewer projects since the change.

Georgia has become a bigger competitor for the state. Georgia has a tax credit incentive similar to the one North Carolina offered before 2015.