The Obama administration is touting a new argument for why states like North Carolina should expand Medicaid. Federal researchers found in states that already have, the premiums people pay on the Obamacare exchanges are lower.

The Affordable Care Act was designed to cover the poorest people through Medicaid expansion, but the U.S. Supreme Court made that optional for states. North Carolina is among about 20 that chose not to. The new report shows that on the exchanges in those states, premiums are about 7 percent higher.

"What this study shows is that Medicaid expansion works to keep prices down for middle-income people who buy coverage on healthcare.gov," says Ben Wakana, press secretary for the U.S. Department of Health and Human Services. 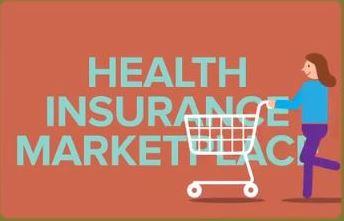 To be clear, we're just talking about people on the exchange, not the much larger population covered through work.

Here's the reason for the price difference:

In expansion states, there are very few people who make right around 100 percent of the federal poverty level and get insurance through the exchange. They don't need to – they're now eligible for Medicaid.

But in states that didn't expand, Wakana says those people make up roughly 40 percent of the exchange market.

"And what research has demonstrated over the years is that low-income individuals on average have a little bit poorer health status than those with higher incomes," he says.

The way health insurance works, the more sick people you insure, the higher the premiums need to be to cover their medical costs.

"You essentially shift some of the risky population from Medicaid to the exchange in states that don't expand Medicaid," she says.

Whether those poorer, sicker people are on Medicaid or the exchange doesn't make much of a difference for who picks up their tab. That's because the federal government offers large subsidies on the exchange.

A new study from NC Child finds North Carolina's slowed progress in combating infant mortality could be a result of a lack of insurance for women.  One in five women across the state lack health insurance, a problem exacerbated by the so-called "Medicaid gap."  That's the coverage gap people fall into who make too much to qualify for Medicaid but not enough for tax credits on the Affordable Care Act

Check out this interactive map to explore where your county stands on infant mortality rate.

North Carolina’s infant mortality rate is one of the worst in the country—only eight states have worse rates.

North Carolina is overhauling its Medicaid program to try to hold down costs while improving care. Health leaders submitted the plan to the federal government recently after adjusting it based on public feedback.

A new analysis conducted by an economist out of Portland, Oregon and published by the Civitas Institute, a Raleigh-based conservative think tank, finds that federal spending often triggers more spending by state governments.  The findings were highlighted in an editorial published in the News & Observer of Raleigh.  Eric Fruits, the study's l

North Carolina's Republican-dominated legislature has so far refused to expand Medicaid under the Affordable Care Act.  It's already been noted by the North Carolina Institute of Medicine that not expanding Medicaid is costing around 500,000 state residents coverage.  Now a new report from the Center for Health Policy Re